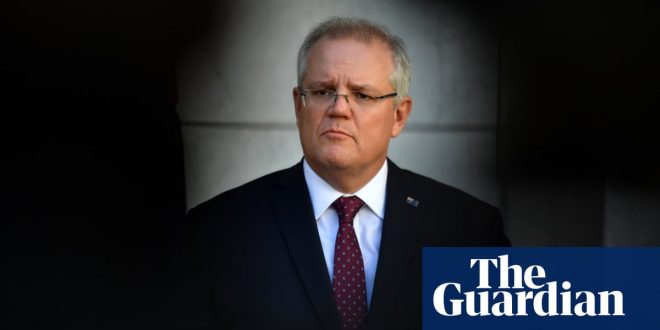 Scott Morrison says the response to a second wave of Covid-19 infections cannot be shutting the country down to try to eliminate the virus, and he’s moved to reassure people his government will not be withdrawing income support “for those in need”.

With renewed debate around whether Australia should respond to the latest outbreak and a spike in community transmission with more forceful lockdowns, Morrison said on Wednesday elimination was impractical, but Victoria’s chief health officer Brett Sutton told reporters it was an idea “worthy of consideration”.

With Victoria reporting another 238 cases of the illness, and another fatality, Sutton said he would “love” elimination, but now wasn’t the time to make “a detailed examination about its feasibility”. He said any shift in the public health strategy would require consideration by chief medical officers and leaders through the national cabinet.

During a separate outing on Melbourne radio, Morrison insisted suppression was the correct strategy, and he delivered a mild rebuke to the former radio shock jock and now Sky News personality Alan Jones, who has been agitating against lockdowns, telling Triple M: “You don’t go to the extremes on any of this stuff, you just keep going down the middle, and that’s where you make the most ground.”

With the government set to deliver an economic statement next week, and provide guidance on the future of the jobseeker and jobkeeper payments, Morrison also sent a clear signal income support would remain in place, with some adjustments.

“The feedback I’ve had from people all around the country is [jobseeker and jobkeeper], particularly in the most affected industries, is that it has been not just a business saver, it has been a life saver in many cases,” the prime minister said.

“The government will continue to provide these types of supports, income supports, for those in need where the demand is for that, and in Melbourne in particular, that demand is going to be very great now for some period of time,” he said. “People can be confident, whatever is occurring, we’ll continue to do what is necessary to support people, particularly with their livelihoods and their families and what they need.”

Morrison said lockdowns were necessary in Victoria given the significant spike in infections in the state, but “your protection against the virus is not shutting things down all the time”.

“You have to do that sometimes, as is the case in Victoria,” he said. He said trying to eliminate the virus wasn’t the “right strategy” for Australia.

“You don’t just shut the whole country down because that is not sustainable. I’ve heard that argument. You’d be doubling unemployment potentially, and even worse.”

The prime minister did not rule out additional restrictions being imposed in Victoria to try to contain the outbreak. “Well my understanding is premier Andrews hasn’t ruled that out, I mean he hasn’t ruled anything out which is understandable in the circumstances, we are very much still in the throes of it in Victoria.”

On the interventions by Jones, Morrison said it was true that the vast majority of people who contracted Covid-19 recovered, but “the great difficulty” with the virus was how quickly community transmission occurred.

“To think you can quarantine off [and isolate] the most vulnerable in the community, and you don’t see the death rates and the digging of open graves in places like New York and other places, to think that can’t happen here is also not the case,” the prime minister said.

He said the responses by governments to the threat achieved the correct balance between suppression of the virus and allowing economic activity. Morrison said governments had to keep “tension in the cord” and he praised the efforts under way in New South Wales to contain a smaller outbreak in the state.

Morrison confirmed that genomic testing indicated the strain of coronavirus causing a large cluster of infections at a hotel in Sydney’s south-west came from Victoria. He said the mainstay of protection against the coronavirus was social distancing, hand washing, downloading the Covidsafe app, and in Victoria, wearing face masks.

The latest Guardian Essential poll indicates that Australians are increasingly anxious about the threat of the coronavirus, and public approval of the way Morrison and Daniel Andrews have handled the pandemic slipped during the onset of a second wave of infections.

While a majority of Australian voters remain supportive of government responses to the pandemic, public approval has slipped from the highs of last month. In June, 70% of the sample gave the Morrison government the thumbs up, and that’s down to 64%. In NSW, approval has gone from 70% to 63% in a month.

The decline is more precipitous in Victoria, the centre of the new outbreak. In June, 65% of the sample gave the Andrews government a positive rating for the pandemic response, and that’s down to 49% this week. Only 17% of the sample said the state government is doing a very good job.

Previous First COVID-19 vaccine tested in U.S. shows promising results
Next Don’t blame Rupert Murdoch for Covid-19. But everything else …