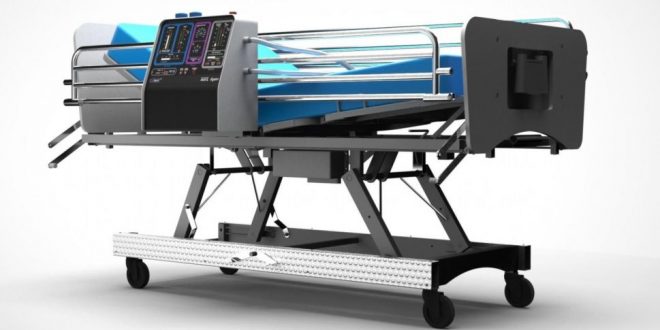 The ventilator can be mounted on a bed, run on batteries or wall power and doesn’t require a fixed air supply, according to Med-Tech News. It’s also efficient in conserving oxygen and has a user interface designed specifically for healthcare providers.

Many patients with COVID-19 develop severe respiratory symptoms and can’t breathe on their own, so a ventilator is essential for treatment. In countries hit hard by the pandemic like Italy and Spain, hospitals don’t have enough for every critically-ill patient. With coronavirus victims flooding hospitals, that has forced doctors to essentially decide who gets to live or die.

The UK government has been criticized for its slow and disorganized response to the coronavirus crisis compared to other European nations. Prime Minister Boris Johnson, who just confirmed that he now has COVID-19, personally contacted James Dyson to ask for help with the ventilators. Existing ventilator makers criticized that move, with one company saying that “the government should have given funding to existing ventilator manufacturers, and existing companies like us.”

The device still needs to be approved by UK regulators, though Dyson has pledged to help get it through as quickly as possible. On the manufacturing side, a company spokesperson told CNN that the ventilators would be ready to go by early April. “The race is now on to get it into production,” Dyson said.