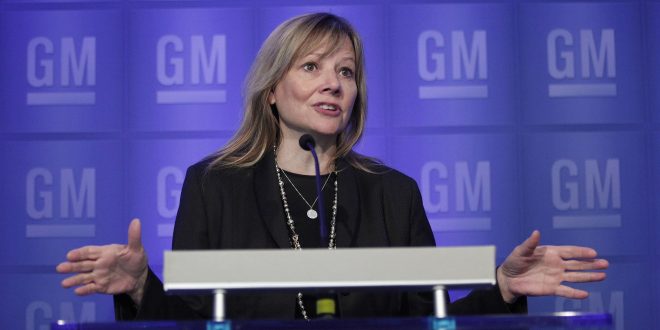 General Motors is retreating from Australia, New Zealand and Thailand

General Motors is continuing a years-long global restructuring to concentrate on high-profit markets such as North America and China.

The Detroit automaker said Sunday that it will “wind down” its sales, design and engineering operations in Australia and New Zealand and discontinue its Holden brand in the region by 2021.

GM also announced plans to exit Thailand, including withdrawing Chevrolet by the end of this year and selling a plant to Chinese automaker Great Wall Motors.

GM said it expects to take $1.1 billion in charges mostly in the first quarter as a result of the actions, including $300 million in cash.

Chairman and CEO Mary Barra said the actions are part of the automaker’s global restructuring, which was initially announced in 2015, to concentrate on profitable markets and prioritize investment on driving “growth in the future of mobility,” especially in all-electric and autonomous vehicles.

“I’ve often said that we will do the right thing, even when it’s hard, and this is one of those times,” Barra said in a release.

The announcement comes more than two years after GM ended vehicle manufacturing in Australia, a place the automaker used as a proving ground for up-and-coming executives, including GM President Mark Reuss.

Reuss, in the release, said the company explored a range of options to continue Holden operations, but “none could overcome the challenges of the investments needed for the highly fragmented right-hand-drive market, the economics to support growing the brand, and delivering an appropriate return on investment.”

“At the highest levels of our company we have the deepest respect for Holden’s heritage and contribution to our company and to the countries of Australia and New Zealand,” Reuss said.

The market exits add to unprecedented actions by GM to retreat from underperforming markets in recent years, most notably selling its European operations to French automaker PSA Group in 2017. It also restructured its operations in South Korea and ended or limited operations in Russia, Australia, India and Thailand.