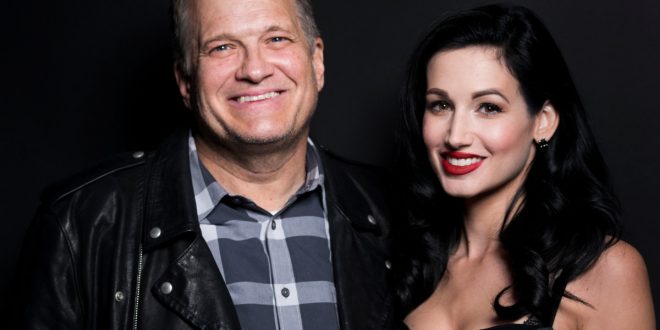 Dr. Amie Harwick, a well-known Hollywood sex therapist and former fiancée of comedian Drew Carey, was killed by her ex-boyfriend after a fight at her Los Angeles home, reports said.

Harwick was discovered unresponsive on the ground below a third-story balcony at around 1:16 a.m. Saturday in Hollywood Hills after police were dispatched for reports of a woman screaming, according to CBSLA.

Police said there was “possible evidence of a struggle” and signs of an intruder.

Harwick’s ex-boyfriend, 41-year-old Gareth Pursehouse, was taken into custody and charged with murder, cops said. The pair had recently broken up, according to Deadline.

The report said that detectives “learned that victim had recently expressed fear about a former boyfriend and had previously filed a restraining order” against him.

The restraining order had recently expired.

Harwick, the author of “The New Sex Bible for Women,” was engaged to the “Price is Right” host in 2018. The couple reportedly had an “amicable split.”

Previous General Motors is retreating from Australia, New Zealand and Thailand
Next Coronavirus Updates: Scramble to Track Cruise Passengers After Infection Is Reported