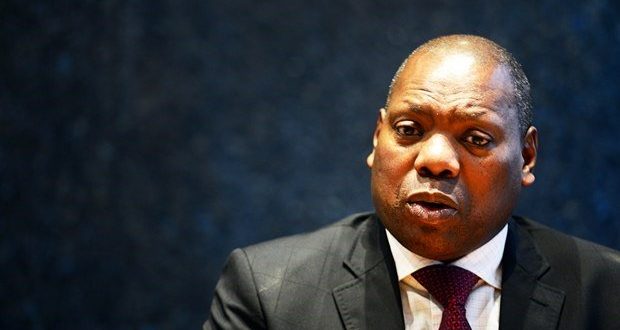 The national health department is looking for anyone who was onboard two MSC Orchestra Cruise Liners that travelled earlier this year, after two passengers tested positive for the Covid-19 virus.

Speaking during an update briefing to the media on Tuesday, at the port of Durban, Minister of Health Zweli Mkhize said they had received reports of two confirmed Covid-19 cases that were on the MSC Cruise.

“These cases are from KZN and Free State,” he said.

He said the department was looking for those who had been aboard the MSC Orchestra Cruise Liner that left Durban on 28 February 2020 to the Portuguese Island and returned on the 2nd March 2020, as well as the second cruise on the vessel that left on 13 March 2020 and returned on 16 March 2020.

“If you were part of these cruises, please know that you are a contact and we are looking for you. Please make contact with the departments of Health in KwaZulu-Natal and Free State,” he said.

Mkhize also updated the nation  on six South Africans who were on board the Queen Mary 2, a cruise ship which was previously denied docking rights in South African following the national lockdown, who have been allowed back on home soil.

The six people – one from Gauteng, two from KwaZulu-Natal, two from the Western Cape and one from the Eastern Cape, were among 1 226 passengers on board the cruise liner.

Earlier this month, cruise line Cunard announced it had ended three international voyages early in response to the coronavirus pandemic.

The Queen Mary 2 was already on its way to South Africa when the government announced a ban’ on cruise ships on 18 March.

“As it was on its way, we had emergency regulations in place and it was among those asked not to disembark and therefore it was not allowed to come in without strict regulations,” Health Minister Zweli Mkhize said on Tuesday.

He was addressing journalists at the port of Durban where the ship had docked.

Mkhize said the ship had asked for permission to disembark earlier this month.

“Unfortunately, there had to be questions asked about the health of the passengers and crew. It turned out there were a number of people who had symptoms similar to the coronavirus.”

The Queen Mary 2 is about to dock in the port of Durban. It was denied entry to SA shores when the #Covid19SA hit and th country went into lockdown. Now, six South Africans who have tested negative for Covid-19 will return today. @News24 @TeamNews24 pic.twitter.com/w4F6AvEz7w

He said the ship was then asked to wait outside the port’s perimeter.

“In the process, a lot of work had to be done to check the passengers. All in all, 26 passengers were tested and they had to wait aboard for the results to come back and in the process it was found that all of them were negative.”

Mkhize said the South Africans were among the passengers.

“They were therefore informed that the rest of passengers could not disembark and that the six would be allowed out.”

Help was, however, given to the ship in terms of supplies, he added.

“The whole ship had to be assisted on a humanitarian basis so that it got food supplies and so on. That has now been done from yesterday. The minister of transport was processing the authority for the ship to dock.”

Mkhize said the group of six would remain in quarantine “in line with our regulations”.

“They will not be going home.”

The ship would head back to Australia, he added.

“The condition of all those on board is healthy and well. There is a doctor on board and satisfied that the people don’t need any help. Because we have restrictions on ports not allowing ships or aircrafts, this is what happened.”