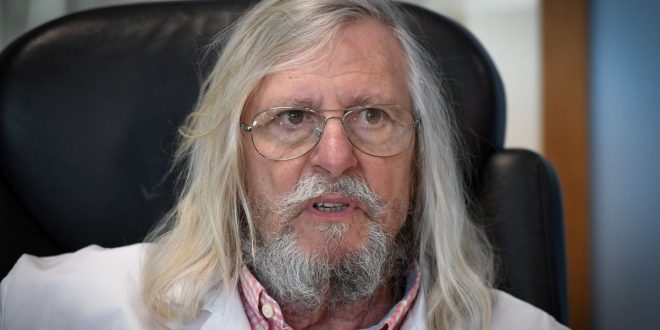 When Sara De Simone, a 32-year-old doctoral student in Pisa, Italy, went to the pharmacy, she was told that she was out of luck. Plaquenil, the medication she takes to treat her Sjögren’s syndrome, a chronic autoimmune disease, has become almost impossible to find in recent days — ever since reports came out that its active ingredient, hydroxychloroquine, could potentially be used to treat COVID-19, the disease caused by the new coronavirus.

“Sorry, but I can’t tell you when it will be available again,” the pharmacist told her.

Around the world, doctors and hospitals have begun stockpiling supplies of chloroquine and its derivative hydroxychloroquine, which are used to treat malaria and other conditions such as rheumatoid arthritis and lupus, leading to shortages.

“I have been told that large quantities have been collected by hospitals from local pharmacies,” Silvia Tonolo, the president of Italy’s National Association for Rheumatic Patients, told HuffPost Italy. “Now, we understand the current hardships, the need to experiment with therapies to treat COVID-19 patients. But it is unfair for us, rheumatic patients, to bear the cost.”

In the United States, pharmacists and state regulators said many doctors have been inappropriately writing prescriptions for the drugs for family, friends and themselves. In response, a number of states have issued emergency restrictions on how the drugs can be dispensed.

Some doctors in Australia have similarly been prescribing the drugs to themselves and their family members, leading the Australian government to impose restrictions on prescriptions as well.

India, one of the world’s largest producers of hydroxychloroquine, banned the drug’s export on Wednesday.

The global run on the drugs was prompted, in part, by U.S. President Donald Trump, who tweeted last week that hydroxychloroquine plus an antibiotic could be “one of the biggest game changers in the history of medicine” and should “be put in use immediately.” He cited a small French study involving 36 patients that suggested the drug combination could be effective in treating COVID-19.

Scientists have cautioned that the evidence from that study and other early trials is merely anecdotal and that more extensive testing is necessary, particularly since chloroquine can cause serious side effects. In Arizona, a man died after drinking a fish tank cleaner containing chloroquine, in the hopes that it would protect him against the coronavirus.

“People have to be really, really careful about this. Don’t do it,” Canada’s chief public health officer, Dr. Theresa Tam, said on Monday. “We need the evidence before you can provide medication to people.”

“Small, nonrandomized studies based on observations will not give us the answers we need,” Tedros Adhanom Ghebreyesus, director-general of the World Health Organization added.

Europe has begun clinical trials involving 3,200 patients in the Netherlands, Belgium, Luxembourg, the United Kingdom, France and Spain. The trials will test hydroxychloroquine, along with Remdesivir, an anti-viral drug used to treat Ebola, and Lopinavir/Ritonavir, which is used to treat HIV. New York is launching clinical trials for chloroquine as well.

These studies will take time, however. In France, a debate has emerged in the scientific community over whether to wait for more evidence or start treating coronavirus patients with chloroquine as quickly as possible.

“When you have a treatment that works against zero other treatment available, it is this treatment that should become the benchmark,” said Didier Raoult, an infectious diseases specialist in Marseille who led the French study that Trump cited and has become a leading proponent of using chloroquine and hydroxychloroquine to treat patients with the coronavirus.

Christian Perronne, head of the infectious diseases department at Raymond-Poincaré Hospital near Paris, told France 24 that he is already using chloroquine and hydroxychloroquine to treat patients.

“There are millions of people who have taken it a few times over the years for chronic diseases. I don’t see the hesitation for a second,” Perronne said. “I admit that for the moment, the scientific demonstration is not perfect, but that’s the way it is. We’re at war. We have to go to war.”

He argued that, even as more rigorous studies get underway, manufacturers should ramp up production of the drugs now so they can quickly be made available to patients on a wide scale.

“I don’t see the point of waiting another two or three weeks to tell ourselves that it’s worth it,” Perronne added. “It’s now, because the sick are coming to hospitals and they’re dying.”

Christian Estrosi, the mayor of the French city of Nice, said on television Monday that he was on his sixth day of treatment and has “the sense I’ve been cured.”

Etienne Decroly, a biologist in Marseille, told HuffPost France that chloroquine and hydroxychloroquine do have a big advantage in that they are known drugs that have already been approved to treat other diseases.

“We know the doses of toxicity and the safety of the product,” Decroly said. Still, he warned, “it’s risky to make people believe that the coronavirus problem has been solved.”

He added that doctors and scientists are “faced with an ethical debate.”

“Imagine giving another promising drug, like Remdesivir, but eventually realizing that it has the opposite effect,” Decroly said. “Who will be responsible?”

As pressure from doctors and politicians has mounted, however, the country’s high public health council ruled that the drugs could be given to the most critical coronavirus patients in hospitals under doctor supervision.

Véran cautioned that the ruling “excludes any prescription in the general population or for forms not severe at this stage, in the absence of any conclusive data.”

Still, French pharmacies have seen a surge in demand for the drugs. Meanwhile, patients like Sara De Simone are left scrambling to maintain their treatments.

“Why did we have to find out on our own, in complete solitude, that our drug was seized by hospitals in Italy and abroad, depriving the rest of us?” she said.

With reporting from HuffPost Italy, HuffPost France, HuffPost Canada and the Associated Press.

A HuffPost Guide To Coronavirus

Previous This chart shows how many Australians could land in ICU with COVID-19
Next Government boosts wage subsidy to 75% for small, medium businesses to avoid layoffs during COVID-19 crisis | CBC News