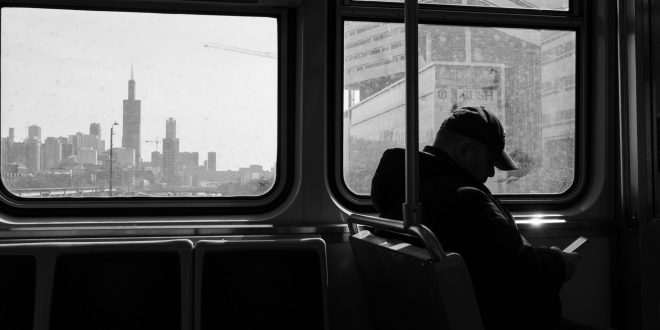 When I saw the data showing people of color disproportionately dying of COVID-19 in Chicago, I wasn’t surprised—I was furious. As of May 21, more than 1,800 Chicagoans have lost their lives to the coronavirus. Nearly half are African American, who make up 29 percent of the city’s population. South Shore, a historically African American community, has the highest COVID-19 death rate in the city, with 15 deaths per 10,000 residents. Latinos have also been hit hard. They have the most confirmed cases in Illinois, though they comprise less than a fifth of the state’s population.

These aren’t just numbers; they’re lives. People are losing loved ones to a virus that’s hitting communities of color harder. And as Cook County, Illinois, which includes Chicago, recently overtook Queens, New York, with the highest number of COVID-19 cases in a single county, we’re forced to face the city’s deeply rooted racism head on.

Chicago’s long history of segregation is at the root of inequalities in housing, political representation, health, education, even food accessibility. One way to measure these systemic problems is by following the “L,” the city’s elevated public train system. It takes 20 minutes to get across the city, from wealthy downtown to lower-income neighborhoods. With each mile, life expectancy dramatically drops, according to the city’s public health data.

The pandemic is amplifying these disparities. Something similar happened in 1995 when a deadly heat wave killed 739 people in Chicago. Most of those who died then were people of color living in low-income neighborhoods where air conditioning was scarce. These are the same neighborhoods now coping with high COVID-19 death rates.

But it’s a mistake to think that history is repeating. “It’s history continuing,” says Dr. David Ansell, the vice president for community health equality at Chicago’s Rush University Medical Center, and author of The Death Gap: How Inequality Kills. “Repeating means it’s stopped, but it hasn’t stopped. It’s the depths of inequality that put people at a higher risk.” (See where coronavirus cases in the U.S. are growing and declining.)

The historic absence of resources has never been taken seriously. Now, in Chicago’s poorest neighborhoods, we’re seeing the consequences. To understand how Chicago’s people are weathering this crisis, I visited food banks, COVID-19 testing centers, and small businesses in neighborhoods of color: South Shore, Roseland, Little Village, and others. While I photographed, I wore a mask, gloves, and goggles. If you want to report on a problem, you can’t contribute to it.

In West Garfield Park, I was surprised to see many people outside despite an extended citywide shelter-in-place order. Groups were playing basketball and walking around as if nothing had changed. For some, it’s better to be outside than to be in their own homes because they may live in a one-bedroom apartment with multiple generations of relatives. Or they may live in an abusive household, making it even more difficult to stay indoors.

Many people were out because they were working. According to a study released in late April, more than half of Chicago’s essential workers are people of color who live in these neighborhoods. They live paycheck-to-paycheck and have to put food on the table, so they can’t stay home to protect themselves. (Read why African Americans are being disproportionately hit by coronavirus.)

In Little Village, a neighborhood primarily of first- and second-generation Latino families, residents work in a wide variety of industries from construction to healthcare. Many are considered essential workers. The shopping strip of 26th Street, populated by Latino-owned businesses, is a huge tax revenue source for the city, second only to the Magnificent Mile, the upscale commercial strip in downtown Chicago. In other words, Latino residents are essential to the growth of the city, but they bear the brunt of its inequalities. The pandemic is a fresh layer of stress on top of many existing ones, some people told me. Few seemed surprised by this new burden.

One such essential worker, Julio Belazquez, is helping to outfit his neighbors with masks in Pilsen, a historically working-class, Mexican-American community in the city’s southwest. He converted his gift shop into a mask-making workshop where he sells each creation for $3. His work aided my reporting; I didn’t talk to anyone who wasn’t wearing a mask. Belazquez feared a mental health crisis was on its way, but right now, he said his main goal “is putting food on the table.” In these low-resource neighborhoods, each day is a fresh yet familiar struggle for survival.

In South Chicago, I met Ieshia Townsend, a mother of two, who has several jobs, including one at McDonald’s. She’s also part of Fight for $15, a union advocating for fair pay. In early April, she went on strike to demand employers provide masks and gloves to make workplaces safer.

“It’s difficult not only being a mom, but not getting any income and having to worry about getting evicted because I’m only working one day,” she told me, as she played with her son in the playground of her apartment complex. “We’re doing the best we can with what we have.”

In a town with a long history of corruption, local advocates like Townsend are crucial. In April, I photographed the Easter Mass at New Mount Pilgrim Missionary Baptist Church, led by Pastor Marshall Hatch, which was livestreamed on Facebook. He warned 5,000 congregants tuning in to beware of leaders who appear during these difficult times to take advantage of people.

“This is the atmosphere when so-called strong leaders come into power because people will give up their liberties to feel more secure, no matter how false that security really is,” he said.

I’d like to think that these days, there’s more awareness of potential corruption. It’s hard for people to ignore what’s happening because the numbers are so staggering. The city is pouring resources into these hard-hit communities and distributing virus test kits. But is it enough? There’s still so much work to be done. And what will happen to these neighborhoods once the pandemic is over? (Read why some people are more vulnerable to catching coronavirus.)

On May 5, Gov. J.B. Pritzker announced that Illinois would reopen the economy in five phases. Regions where COVID-19 cases and hospitalizations aren’t increasing can transition into reopening. These plans concern me. Who’s going to be sacrificed? I think it will be essential workers, the people of color who are always at the frontlines.

We all want life to go back to normal, but for many, “normal” wasn’t that great to begin with. Before the pandemic, communities of color were struggling against encroaching gentrification that has lined working-class neighborhoods with luxury condo buildings and inflated rents. I can’t afford to live in Pilsen, the neighborhood where I grew up. I worry that things will only get worse, that the pandemic will cause the housing market to crash and developers will swoop in, driving housing prices even higher.

I think our definition of “normal” will change. Before it was working hard, going to school, and trying to make it, while risking your health. Now it’s working hard and risking your life with COVID-19. We have to address the struggles that these communities are living with. We have to listen to their needs and take them seriously. I hope we can start now.

Sebastián Hidalgo is an independent visual journalist, writer, and digital producer based in Chicago. His work has focused on a range of systemic issues, such as the affordable housing crisis for farm workers in California; the effects of the Trump Administration’s immigration policy; and displacement and gentrification of communities throughout the United States.