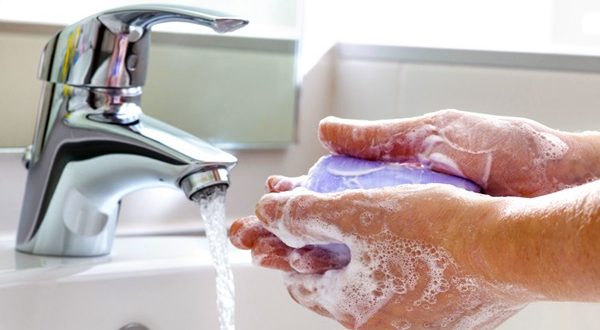 The US Food and Drug Administration (FDA) announced today that many of the antiseptic wash products used by consumers are neither safe nor effective. As a result, a large number of antiseptic wash drugs commonly used in the manufacture of consumer antiseptic washes have effectively been banned, though only from 2017.

A total of 19 antiseptic drug products used as so-called active ingredients in various antiseptic washes are listed as not being generally recognized as safe and effective (GRAS/GRAE) for long-term daily use or from preventing illness and the spread of infection. This, says the FDA, is a direct result of manufacturers of antibacterial hand and body wash products not being able to establish either the safety or effectiveness of the so-called active ingredients used. From September 6, 2017 antibacterial washes containing these ingredients may no longer be marketed.

The FDA findings and consequent final rule are part of a lengthy document titled Safety and Effectiveness of Consumer Antiseptics; Topical Antimicrobial Drug Products for Over-the-Counter Human Use published today via the Federal Register, The Daily Journal of the United States Government.

While it is accepted fact that washing with plain soap and running water is a vital step in avoiding illness and spreading germs, the FDA has found that using antibacterial ingredients can put us at risk.

Consumers may think antibacterial washes are more effective at preventing the spread of germs, but we have no scientific evidence that they are any better than plain soap and water. In fact, some data suggests that antibacterial ingredients may do more harm than good over the long-term. Janet Woodcock, MD, director of the FDA Center for Drug Evaluation and Research (CDER).

According to an FDA press release issued last week (FDA issues final rule on safety and effectiveness of antibacterial soaps), some manufacturers have already begun to remove these ingredients from their products.

All 19 of the drug products are used in antiseptic washes intended for use with water, and that are rinsed off after use. These products include hand and body washes and antibacterial soaps used in the home and in what the FDA describes as “public settings” on a frequent or often daily basis. All are available over-the-counter (OTC). They do not include first aid antiseptic products or antiseptic wash products manufactured for, and used by health care professionals or commercial food handlers. Hand wipes used by consumers are not affected either.

The final rule on antiseptics was published after years of deliberation, and only becomes effective on September 6, 2017. In essence, it means that from this date, manufacturers may not use the 19 antiseptic drug products in soaps and washes unless they apply for, and are granted approval by the FDA to use the drug or drugs. This is the same procedures companies must follow when applying to use new drugs in their products.

Ongoing Review of Topical Antiseptics by the FDA

Incredibly perhaps, they FDA began its review of OTC topical antiseptics in the 1970s. But since then much has changed including the frequency of use by consumers and the technology available to detect low levels of antiseptics in the body. The FDA’s scientific knowledge of the impact of widespread antiseptic use has increased, leading to what many see as frustratingly gradual changes in safety standards.

While 19 drugs have been struck off the list of GRAS/GRAE products, the FDA has deferred its findings on three further active ingredients, to allow for new safety and effectiveness data to be developed, submitted, and recorded. The drug status of these will, the Agency says, be addressed at “a later date.”

The Agency is also proposing conditions under which OTC consumer antiseptic products intended for use without water (referred to as rubs), as well as OTC antiseptic products manufactured for use by health care professionals may be GRAS/GRAE. In both cases there is a need for additional safety data to ensure the products really are safe, and just what sort of reduction in bacteria can be achieved by using the products.

Part of the problem with antiseptic rubs is that an increasing number of consumers use these more frequently at home, school, and work, as well as in other public settings where infection risk is relatively low, says Dr. Woodcock.

While these products provide “a convenient alternative when had washing with plain soap and water is unavailable,” she said it is the responsibility of the FDA to “determine whether these products are safe and effective so that consumers can be confident when using them on themselves and their families multiple times a day.” And the only way to do this, she says, is to “fill the gaps in scientific data on certain active ingredients.”

In a press release titled FDA requests additional information to address data gaps for consumer hand sanitizers, the FDA stated it was especially interested in gathering data on the long-term safety of repeated exposure to active ingredients found in consumer antiseptic rubs – specifically topical absorption by children and pregnant women.

The 19 Active Ingredients That Are Banned

The 19 active ingredients that have been found not to be GRAS/GRAE in antiseptic wash products are listed in the final rule report:

The irony though is that many of these drugs are used in other products that are not affected by the ban. For example tricolsan, one of the most commonly used so-called antibacterial ingredients, and known as an “endocrine disruptor,” is used in certain brands of toothpaste. This, plus the fact that the FDA ruling is for the US only, highlights the importance of reading product labels to avoid putting yourself and your family at risk.

The three ingredients deferred from inclusion in the consumer antiseptic wash final rule were:

For this reason, they are not discussed in the FDA’s final rule report.

According to the report, while these had been put for possible use in consumer antiseptic wash products, no new information had been received since the original Consumer Wash proposed rule report had been released in 2013.

The FDA requires that for any active ingredient in consumer antiseptic wash products to be deemed GRAS/GRAE it must qualify in terms of a benefit-to-risk assessment. So if there is any real potential risk associated with drugs used in products, like carcinogenicity or reproductive toxicity, and there is no solid clinical benefit, then its GRAS/GRAE status will not be accepted.

This speaks for itself in the context of products containing the 19 named drugs not being found to be effective.

Apart from an absence of this data, the FDA has new information about the potential risks of these ingredients and states, “systemic exposure to these active ingredients is higher than previously thought.” Additionally, it seems that widespread antiseptic use could lower our resistance to bacteria.

The Importance of Cleanliness

The US Centers for Disease Control and Prevention (CDC) describes hand washing as “a do-it-yourself vaccine” that saves lives.

“Keeping our hands clean is one of the best things we can do to keep from getting sick and avoid spreading germs to others. Dr. Tom Frieden, CDC director

But the best way to wash your hands is with ordinary soap and clean, running water – not antiseptic wash products. If soap and water aren’t available, the CDC recommends using an alcohol based hand sanitizer that contains at least 60 percent of alcohol.

Penny Swift is an experienced journalist who has worked on daily and Sunday newspapers in several parts of the world. Her specialties include news, investigative writing, consumer, health, and medical spheres. She has written more than 40 non-fiction books mostly about construction and home-related topics, as well as decorating and landscaping.
Previous Historic Ghost House Demolished Days After Heritage Impact Assessment Published
Next Australian Open All-Williams Final: The Dream