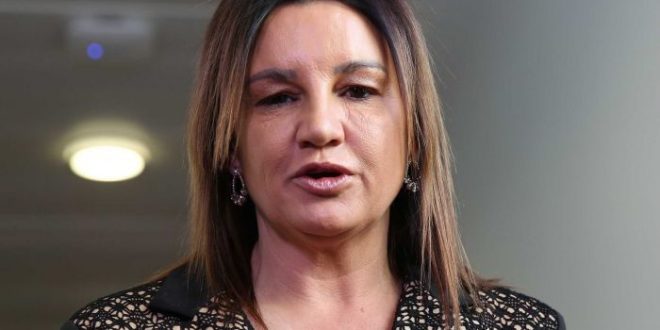 Gambling giant Federal Group has demanded Tasmanian pub owners continue paying rent on leased poker machines, even while hoteliers have been forced to close due to coronavirus — a move blasted by Senator Jacqui Lambie as “trying to make a quid” during a “wartime scenario”.

Federal subsidiary Network Gaming wrote to Tasmanian poker machine leaseholders on Monday to say that while Keno charges would be dropped, it would continue to charge rent on electronic gaming machines “due to [an] ongoing commitment to pay these lease agreements with banks”.

One independent hotelier, who asked to remain anonymous, said they were furious over being expected to pay out about $1,500 per week for machines they could not use in a pub they could not open.

“We’ve been propping them up for a decent amount of time now and if they don’t have the cash reserves or the relationship with their banks for loan relief … I’m not comfortable propping them up this time,” the pub owner said.

“Why should we be forced to foot the bill for loans that they’ve arranged for machines that they’ve supplied, that they have the monopoly for and that they give access only to what they choose?”

Network Gaming, which monitors and maintains Tasmanian poker machines, will close as part of Federal Group complying with government restrictions to address the coronavirus crisis.

On Monday, Federal announced it was standing down about 1,500 employees and will close its community-based pubs and casino operations, as part of the shutdown.

“How appalling that hotels have just been whacked with closure because of the virus … we are in a wartime scenario,” Senator Lambie said, adding that Federal was “still trying to make a quid”.

Mark Cleary, owner of The Heemskirk in Zeehan, has also been asked to continue paying rent on his poker machines.

The former Federal Group employee said he was sure the company found it a tough decision.

“If you get a car under a personal loan and it blows up and you can’t afford to fix it, the banks won’t say ‘don’t worry’ — it’s a risk you take,” Mr Cleary said.

“I’m sure as soon as they can get them back up and running they will.”

A Federal Group spokeswoman said “the machines provided to venues are leased via an external provider”.

“We will be looking to seek relief [from banks] which would be provided to venues,” the spokeswoman said.

The pub owner who asked to remain anonymous said they had been looking forward to Federal Group’s statewide poker machine monopoly breaking up from 2023, under legislation that was scheduled to be debated this year.

“As a small business and an independent business I was looking forward to 2023, so I could get out from underneath the Federal Group monopoly they hold on this and looking forward to not having to pay them 70 per cent revenue on any machine I lease,” they said.

“I was fine with three more years’ monopoly in the hope there were brighter days ahead for my family and my business.

“Now they’ve said, ‘You’re shut and you don’t have any revenue to put food on your table and we’re still going to take your money’.”

Last week, Federal said it would adopt a similar stance to Melbourne’s Crown Casino, which was granted an exemption to Victoria’s measures to enforce social distancing — announcing it would switch off every second poker machine in its gaming lounges to assist in patrons adhering to the advice.

However, following a toughening up of the measures to address the coronavirus outbreak nationally, the exemption on casinos was withdrawn.

Previous Tom Hanks Gave An Update On His Health After Being Diagnosed With The Coronavirus And FINALLY There’s Some Good News
Next India’s 8th COVID-19 Death In Bengal, Man Had No Travel History: Sources