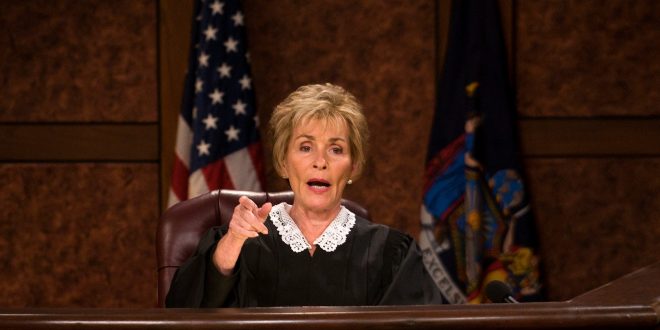 Court will soon be adjourned.

Judy Sheindlin, the star of reality court show “Judge Judy,” announced in an interview with Ellen DeGeneres released Monday that the show’s upcoming 25th season will be its last.

While promising that the new season – a start date for which has not formally been announced, though “Judy” typically picks up with a new season in September – would be “our best year” yet, Sheindlin said she has had “a 25-year-long marriage with CBS and it’s been successful.

“Next year will be our 25th season: Silver anniversary,” she continued. “And CBS, I think, sort of felt they wanted to optimally use the repeats of my program, because now they have 25 years of re-runs. So what they decided to do was to sell a couple of years worth of reruns.”

The TV host, who set the Guinness World Record in 2015 for longest career as a TV judge, was estimated by Forbes in 2018 to be the year’s highest paid TV host.

She ranked No. 1 for the first time that year after selling the rights to her show’s extensive library for an estimated $100 million last year. Pair that with $47 million a year hosting “Judge Judy” and producing “Hot Bench,” that made Sheindlin among America’s richest self-made women, let alone TV host.

“I’m not tired,” she added. “So ‘Judy Justice’ will be coming out a year later… If you’re not tired, you’re not supposed to stop.”

Sheindlin told DeGeneres she “can’t tell you yet” where the new show would air. USA TODAY has reached out to her representatives for more information about the show.

“That’s exciting news,” Sheindlin concluded. “‘Judge Judy,’ you’ll be able to see next year – full year, all new shows… The following couple of years, you should be able to catch all the reruns that CBS has sold to the stations that are currently carrying ‘Judy,’ and ‘Judy Justice’ will be going elsewhere. Isn’t that fun?”