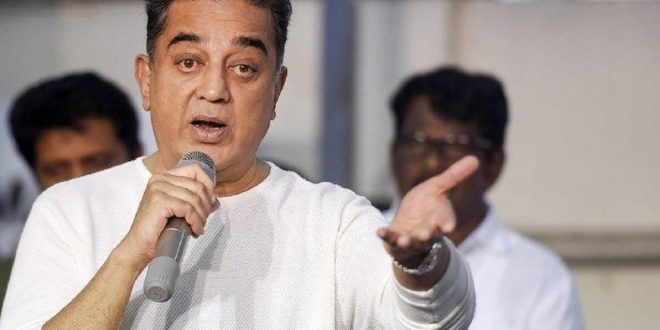 The actor-turned politician highlighted a series of issues such as the failure to curb the virus in the initial stage and the lack of testing in the various districts of Tamil Nadu.

Makkal Needhi Maiam founder Kamal Haasan on Friday questioned the government on the shortfall in the measures taken to contain the spread of COVID-19 and pressed on the importance of keeping the public informed in the state.

The actor-turned politician highlighted a series of issues such as the failure to stop the spread of the novel coronavirus in the initial stage, the lack of testing in the various districts of Tamil Nadu, the reason for imposing a lockdown within lockdown, and the need to keep people informed in the state.

In a press note, he said, “If we had tested the people returning from foreign countries since we were aware that they can spread the virus, we need not have faced this long lockdown period. Because of one mistake of the government the whole Tamil Nadu has been under the lockdown for 68 days and is slowly recovering.”

He said that by testing only Chennai and leaving out other parts of TN, the government has created an illusion that Chennai alone has more coronavirus cases. “When will the government realise that it has failed to take the lives of other district people seriously?” he asked.

In case the government had informed the people and told them the true status of the situation, people would not have left Chennai to escape coronavirus, he added. Instead the government without doing any of this was changing the names of districts and withdrawing them later, he said.

Kamal Haasan said, “The Chief Minister announced a full lockdown in Chennai that is already under lockdown for 83 days. Already the government fueled the Koyambedu cluster by announcing a lockdown within lockdown. Without learning any lessons from what happened a month back the government is once again doing the same mistake.”

The MNM chief alleged that the government was testing only 300 or 400 people when scientists were pushing for rampant testing. “As a result of lower testing rate we have to undergo one more lockdown followed by economic depression.”

“The only way to win the trust of people is to keep them informed about the true happenings in the state. At least when Chennai, Chengalpattu, Tiruvallur and Kancheepuram are under full lockdown the government should inform the people of the measures they are planning to take and the importance of people’s participation in those measures,” he said.