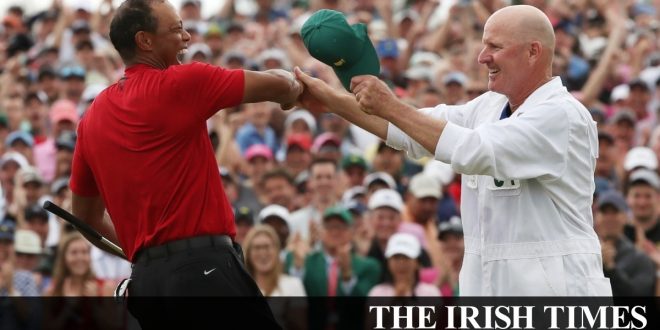 Masters plan for November shows Augusta National is out of touch

Augusta is one venue where silence can never be mistaken for inaction. As the US remains in the grip of Covid-19 – and its sporting calendar is altered accordingly – it would be an error to suppose those who preside over the Masters blithely believe their event is unaffected.

In his last bulletin, in early April, the Augusta National chairman, Fred Ridley, sought to “emphasise that our future plans are incumbent upon favourable counsel and direction from health officials”. This will be the most intense of watching briefs.

As things stand, the US Masters remains in its rescheduled start date of November 12th. So far as soundings are valid in relation to an organisation that makes the Secret Service look like blabbermouths, Augusta still expects that date to stand.

Up for detailed discussion, apparently, is whether spectators should be allowed inside one of golf’s most fabled venues. Imagine winning sport’s equivalent of Willy Wonka’s golden ticket before discovering you are not allowed on the premises?

Strange as it may seem, the Masters has become the forgotten element of this golf year. Attention has turned towards the US PGA Championship, which will belatedly kick off the majors year early next month.

That the US Open is subsequently to be held on the outskirts of New York, a city all-too-familiar with coronavirus, has kept that tournament in the spotlight. A raging debate had surrounded the Ryder Cup before it was postponed until next year. The Masters, having acted swiftly in proposing its November date, has widely been assumed to be a competition that will take place on the other side of global crisis.

It is fair to acknowledge a $2 million donation made by Augusta towards coronavirus relief. It must also be recognised that the vast corporate span of the club’s membership – and therefore decision-makers – means there should be no danger of out-of-touch behaviour. In theory, that is; you need step only a matter of yards inside Augusta National to appreciate how seriously they take their tournament.

Ultimately, despite inevitable noises about being a force for good and affording the watching world some respite, that’s all it is. When Billy Payne, Ridley’s predecessor, mourned the loss of a tree blown down in a 2014 storm, it was clear perspective may not always be in plentiful supply at Augusta. “At the time it happened, I was in the Bahamas bone fishing,” was Payne’s famous recollection. “I received the emergency call, got back as fast as I could.” To emphasise: this was a tree.

Last Thursday, more than 1,400 healthcare workers in Georgia signed a petition asking the state governor to impose more restrictions – such as the closure of bars – to halt the spread of Covid-19. New cases had increased by 50 per cent in a week. The letter asked that face coverings be made mandatory.

It added: “We are seeing a very troubling increase in hospitalisations that, if continuing, will overwhelm our healthcare infrastructure, not only in Atlanta but also in rural Georgia. Georgia is simply not prepared for a surge in cases and hospitalisations.”

It may yet prove the case that November offers sufficient scope for things to ease. Yet right now it feels as if little can be altered within 16 weeks and Augusta cannot make last-minute decisions. The green expanses would make interesting television viewing without patrons, but a Masters minus those who line the fairways would be worse off on umpteen levels.

In the most complex of circumstances we also have the prospect of two Masters within six months, as Augusta leaps from the amended 2020 version to its typical staging in early 2021. Even for a body that revels in making the impossible seem normal, this feels like a stretch. Yes, Augusta could invest in the most advanced technology that checks the temperature – or pulse, or aftershave – of spectators, but this resource might really be better deployed elsewhere.

Next weekend the world’s best players should have been lining up at Royal St George’s for the British Open. Given the spread of coronavirus, the R&A unquestionably made the right call in postponing for 12 months. In the absolute best scenario the Claret Jug would have been awarded to the winner of a vastly diminished event, even before needless pressure on public services is contemplated.

Golfers will be desperate to play in the Masters, be it their first or 25th. A rump of opinion in the US – inside and outside of this sport – suggests we must live with Covid-19 while continuing to act as normally as possible. To others, this approach is offensive. On a basic sporting level it must be asked at which point a blue-chip event is modified sufficiently to lose value.

“Along the way we hope the anticipation of staging the Masters tournament in the fall brings a moment of joy to the Augusta community and all those who love the sport,” Ridley said. That may well be true. However, this is also a scene fraught with difficulty. Absence from the frontline has not changed that.

Previous Boots announces plans to cut 4,000 jobs
Next ‘The curve is no longer flat’: Nearly half of Florida’s ICUs are at least 90% full