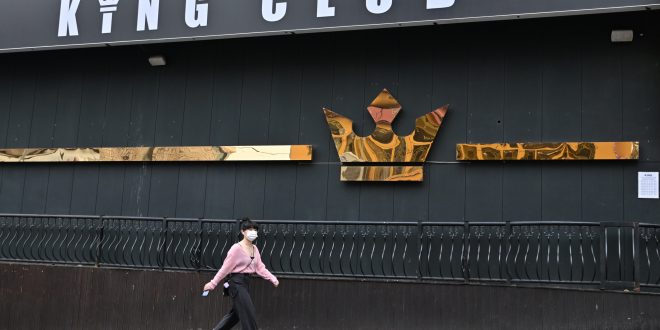 Citing fears over a resurgence of the novel coronavirus, Seoul Mayor Park Won-soon on Saturday ordered all bars and clubs across the city to close.

“Carelessness can lead to an explosion in infections,” the South Korea capital’s mayor said, asserting that the order would remain in place indefinitely, according to France 24.

The decision came after the federal government issued a nationwide health advisory asking that such venues be closed for at least another 30 days after a rise in cases was linked to the 29-year-old man’s night out.

The man was believed to have no symptoms when he visited a number of bars and clubs in Seoul’s popular Itaewon district last weekend. However, he tested positive for coronavirus on Wednesday and was admitted to a hospital in Suwon, a city south of Seoul, according to the UPI wire service.

In the days since, health authorities have been racing to test hundreds of people believed to have visited the same venues, with a number of cases already being linked to the incident.

On Sunday, South Korea reported at least 34 new cases of the novel coronavirus, with the number representing the largest surge in infections in a month and bringing the country’s total number of confirmed cases up to 10,874, according to the BBC.

“It’s not over until it’s over,” Moon said during a speech marking his third year in office. “While keeping enhanced alertness till the end, we must never lower our guard regarding epidemic prevention.”

While South Korea had been hard-hit by the coronavirus outbreak early on in the pandemic, it appeared to have brought its outbreak under control through a “trace, test and treat” program that has received international praise.

While the country did not impose a mandatory lockdown, it had implemented strict social distancing policies since March.

Under its relaxed rules, some facilities, including museums and churches, have started to reopen.

It is unclear whether they will remain open as South Korea sees a rise in confirmed coronavirus cases.

Newsweek has contacted the office of Seoul Mayor Park Won-soon for comment.