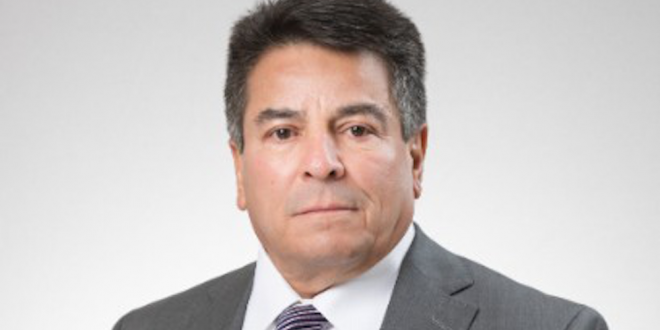 A Republican state representative from Montana is coming under fire from his own party after he reportedly claimed earlier this weekend that the Constitution calls for socialists to be jailed or shot.

According to the Billings Gazette, state Rep. Rodney Garcia (R-Mont.) first made the remark after expressing concerns about socialists he said were “entering our government” and their presence in his district at an event on Friday.

He reportedly reiterated his remarks when pressed about his previous comments in an interview with a reporter for the local publication on Saturday.

“So actually in the Constitution of the United States (if) they are found guilty of being a socialist member you either go to prison or are shot,” the Montana Republican said.

Though he was reportedly unable to show what portion of the Constitution he was citing to back his claim, he continued to double down on his comments in the interview, saying, “They’re enemies of the free state.”

“What do we do with our enemies in war? In Vietnam, (Afghanistan), all those. What did we do?” he continued.

“I agree with my Constitution. That’s what makes us free. We’re not a democracy, we’re a Republic Constitution,” he also said.

The Montana Republican Party criticized Garcia in a statement to The Associated Press on Sunday.

“Under no circumstance is violence against someone with opposing political views acceptable,” Spenser Merwin, executive director of the group, told the news agency.

“It’s disappointing that this isolated incident took away from the weekend’s events which showcased the strength of our statewide candidates and the importance of the upcoming election,” he added.

The Montana Democratic Party also took aim at the Republican lawmaker, who reportedly has a history of local controversies, according to the Billings Gazette.

“Rodney Garcia has brazenly flaunted his conviction for a domestic dispute, called single moms deadbeats, and was only elected because he created an illegal campaign cash scam,” Robyn Driscoll, who chairs the party, told the Billings Gazette. “Now he’s publicly calling for people to be shot.”

Garcia’s office did not immediately respond to a request for comment from The Hill.