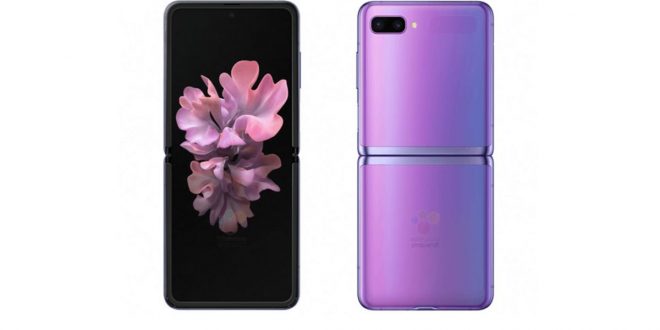 In a clip circulating on Twitter Sunday, noted leaker Ben Geskin shared what appears to be the first hands-on video of Samsung’s so-called Galaxy Z Flip ahead of its expected launch next week.

Granted, we already know basically all there is to know about Samsung’s new foldable handset thanks to a bevy of previous leaks (none of which have been confirmed, by the way, including this new video), but hey, it’s still cool to finally get our eyes on the thing in action. Unfortunately, the short clip doesn’t show enough for us to tell if the rumors are true about Samsung opting for “Ultra Thin Glass” for its flexible display.

As noted by AndroidCentral, the model in the video is likely some kind of engineering sample given that a Samsung security consent form pops up on screen once it’s opened. As for the color, another leaker, Ishan Agarwal, claimed Samsung’s calling it “Mirror Purple.” A bit on the nose there, if you ask me. Though—as a ‘90s baby—I do appreciate the whole Gameboy Advance SP kind of vibe it’s got going for it. Especially given that Motorola recently brought back another early oughts icon with its Razr reboot.

Perhaps most striking about this first look, however, is how ridiculously long the Galaxy Z Flip looks when folded out completely. We knew from previous leaks that its 2636 x 1080 display clocked in at 6.7 inches, but it’s hard to get a sense of that scale until you see someone physically holding it. At that size, it dwarves all the other big boys currently on the market by several inches, including Google’s Pixel 4 XL, Huawei’s P30 Pro, and Samsung’s own Galaxy S10+. Godspeed to whoever tries to navigate this monster of a phone in one hand.

For more on the Galaxy Z Flip’s specs, check out our previous coverage here. Samsung’s expected to officially unveil its new foldable phone alongside its similarly leaked-to-death Galaxy S20 at the company’s 2020 Galaxy Unpacked event on Feb. 11.