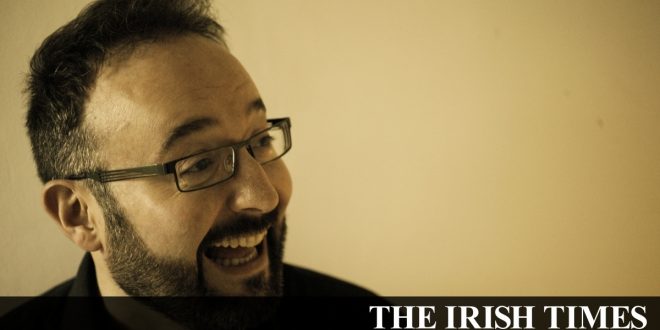 ‘No live music’: Three words that strike at every musician’s soul

When it was announced that pubs could reopen, a small but significant caveat within the detail got lost amid the national euphoria.

For musicians, though, it was a thunderbolt. The three key words that stood out for us were: “No live music.” Translation: your existence is banned.

Back in March, when no one knew how long the effects of coronavirus would go on, musicians did. It was like the Wall Street crash or the outbreak of war: every email was a cancellation or postponement to six months ahead, or even a full year. Bars, weddings, corporate work – all gone. For up to 20,000 working musicians, the crisis continues; the working world has fallen out from under them.

My band The Camembert Quartet have been a successful live act for 20 years. It’s our career and takes us all over the country and beyond, from playing bars to entertaining 60,000 people at Trafalgar Square on St Patrick’s Day, or as house band with Joan Rivers and The Late Late Show.

You don’t just ditch the bars and do the big gigs – you shouldn’t. You play where there is work and an audience. Every gig is a chance to keep the band rehearsed and sounding disciplined, what we call “tight”. The discipline doesn’t stop there. A morbid joke in the music business draws on the fact you can’t just cancel a gig if you get sick or a loved one dies. After the usual sympathetic noises, there’s a pause followed by: “So, who’s standing in?”

Joking aside, for a business considered by those outside it to be frivolous and fun, there’s an unspoken code of professionalism that underpins everything.

In the musician’s world you give as good a show to six people as you do to 60,000 – it’s an ego thing. Whatever need there is to perform inside for musicians, the desire is always to transform the room and for no one to walk away unhappy. It’s one of the most positive, mood-enhancing things we have.

There is nothing like live performance and the atmosphere that live music creates. That strange alchemy that brings people from passive observation to wild abandon can only happen in the setting of live music. Theatre, cinema, all can happen even under miserable social distancing. But a gig is the antithesis of it – its aim is to bring people together.

Whether it was Bruxelles in Dublin or Barry’s in Cork, we’d normally start playing to a mixed audience of regulars and tourists at 9pm. By 11pm bar staff were trying to stop people dancing on top of tables. It’s one of the truly free, uplifting things we have in our lives. Think of the last great gig you were at. It could have been a heaving mass, all thronged together before a stage, or a stranger swinging you around a dance floor. A friend throwing their arm around you, singing into your ear. It’s about freedom and joy.

Our instructions are to avoid “closed spaces, crowded places, close contact”. A musician’s job is to pack the place and keep them there. No one – understandably – will want to do this as long as a fear of Covid-19 is out there. The atmosphere and humour of a live gig can’t be replicated on Facebook Live or Zoom or any of the “new normals” that feel anything but.

That’s the reality for musicians, probably the single profession in society on ice until further notice

With all the concerns about essential work, we might dismiss music’s importance. However, most tourists want to sit in an Irish pub and listen to Irish music. Live music is intrinsically linked to tourism, corporate events, celebrations, festivals and student life. It is more prevalent than you think. It soundtracks our lives. A gathering without music is just a dull networking event. No one’s iPod playlist can read a crowd and switch gears to bring them to another place.

As things return to normal, remember there are people out there for whom normal can’t return. If I was going to pick a name for a new band right now, I’d pick Nutav. It’s an acronym for “Not Until There’s a Vaccine” (The Cure is already taken). That’s the reality for musicians, probably the single profession in society on ice until further notice.

We miss playing to our audiences – but we can’t until live music can resume in bars and venues. Musicians will need support long after the official crisis is over. Otherwise we risk losing the very people who make us lose ourselves.