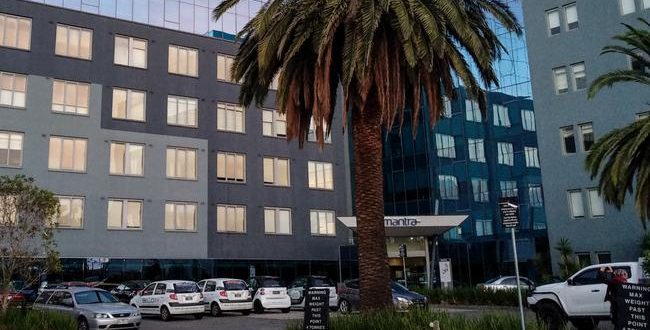 A security guard working at a Melbourne hotel guarding asylum seekers has tested positive for COVID-19, raising “terrifying” fears of outbreak mess in the state.

Detainees have posted images of cleaners in protective clothing conducting a deep clean of the Manta accommodation facility in the suburb of Preston overnight.

It follows the spread of coronavirus through multiple hotels where international travellers were in mandatory quarantine after returning to Australia.

The disastrous hotel outbreak has been blamed for Victoria’s second wave of infections, which plunged the state into a six-week lockdown.

Asylum seeker campaigner and former soccer player Craig Foster said the 65 men had been locked up for months in the hotel after travelling to Australia on visas for medical treatment.

“Hope the person will be ok, firstly. And just what everyone has been so deeply worried, particularly given the susceptibility of detainees,’’ he tweeted.

“Terrifying for everyone at Mantra. They shouldn’t be there @DanielAndrewsMP.”

Health workers had previously described the hotel as “very high-risk environment” for a coronavirus outbreak.

In a letter to the government signed by 1180 medical sector figures, including infectious diseases experts, the dangers facing the men was described as critical.

“Failure to take action to release people seeking asylum and refugees from detention will not only put them at greater risk of infection (and possibly death), it also risks placing a greater burden on wider Australian society and the healthcare system,” the letter said.

The Department of Home Affairs confirmed a staff member who worked at the Melbourne (hotel) tested positive for COVID-19 on 8 July after developing symptoms on 7 July.

“They had not worked at any detention facility since 4 July and did not have any symptoms until several days after that shift,’’ a spokesman said.

The Department of Home Affairs insists the risk to the detainees remained low.

“No detainees or staff have been identified as a close contact as per the Health Department Guidelines. After discussions with the Victorian Department of Health and Human Services (DHHS), specifically their Public Health Unit (PHU), the risk of infection to other staff and detainees is considered low,’’ a spokesman said.

“No other staff or detainees have shown symptoms or tested positive to COVID-19. The Melbourne (hotel) has undergone a deep cleaning process.”