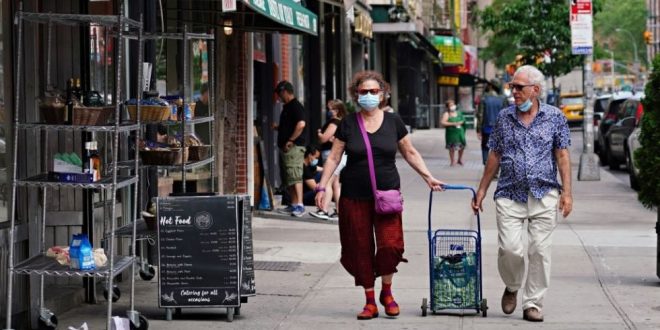 New York City on Sunday reported zero new coronavirus deaths for the first time since early March, a milestone that comes as the virus spikes in other parts of the country.

Preliminary health data from the NYC Department of Health and Mental Hygiene showed that no one died from the coronavirus in New York City on Saturday, the first time zero new deaths have been reported there since March 13, according to multiple reports.

Officials recorded no confirmed death the day before, too, but did report two probable deaths, according to NBC4.

The city has reported a total of 215,924 cases and 18,670 confirmed deaths, according to city data updated on Sunday afternoon. The city hit its peak in terms of confirmed daily deaths from the virus on April 7, with 597 deaths.

Andrew CuomoFlorida health officials agreed to receive remdesivir from New York before DeSantis dismissed offer Cuomo says Northeast will likely see rise in COVID-19 cases due to surge in other parts of country Overnight Health Care: Coronavirus deaths rise again amid mounting outbreaks | The Trump-Fauci divide is getting more apparent | New York to deliver remdesivir to Florida after DeSantis dismisses offer for help MORE (D) warned on Friday that the spikes in other parts of the country could lead to the virus once again increasing in New York.

“You’re going to see our numbers and the Northeast numbers probably start to increase because the virus that you see now in the South and the West — California has real trouble — it’s going to come back here,” Cuomo said in a radio interview. “It is going to come back here. It’s like being on a merry-go-round. It’s totally predictable. And we’re going to go through an increase. I can feel it coming. And it is so unnecessary and so cruel.”