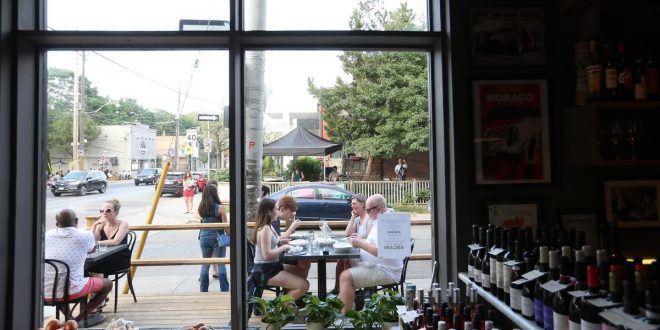 Ontario is entering Stage 3, U.S. states are locking down again: 4 charts that pinpoint where we are in COVID-19 battle After a weekend when Disney World in Orlando opened its doors for the first time since March, Premier Doug Ford announced amusement parks would not be making the cut for Stage 3 reopenings slated to begin Friday in most of Ontario.

Private karaoke rooms and buffets also won’t open. Dancing in restaurants and bars or gambling at gaming tables in casinos won’t be allowed.

Instead, Ontarians in 24 regions of the province would be allowed back in to a number of venues that include bars, gyms, fitness centres, movie theatres, casinos, recreational facilities, live sporting events and dine-in restaurants.

And who would be left out? The GTA’s five regions, including Toronto, as well as Niagara, Windsor-Essex, Haldimand Norfolk, Hamilton and Lambton.

We take a look in chart form at the progress we’ve made in Stage 2 and how we compare to Texas and Florida, two states that have seen cases soar since reopening.

Todd Coleman, an epidemiologist at Wilfrid Laurier University, said he is “cautiously optimistic” about the province’s Stage 3 reopening plans, but he says “as we’ve seen in other countries, it is an easy infection to pass on.”

There are 1,454 active cases of the virus in the province, a quarter of what we experienced at the peak of active cases in late April.

But Coleman points out “there are possibly that many individuals who can still pass on the virus, leading to an entirely new explosive chain of transmission.”

“Remember, the daily numbers we’re seeing now are the same as the ones we’ve seen in early March, leading to peaks of hundreds of cases per day in the following weeks,” said Coleman. “If the systems set up aren’t air tight, we might see that again.”

He says that means the province should continue to expand testing so that workers coming into contact with more people on a regular basis can be tested more often. The largest number of people tested in the province was 33,492 on June 27. The number reported Monday was 20,896.

Coleman says in-depth contract tracing needs to continue and the province should issue a more explicit statement about the necessity of masks, instead of leaving it up to regions to decide if masks should be mandatory.

“As we’ve seen in other places, all the cogs need to be in place for effective prevention of further COVID-19 transmission, anything out of place could lead to further spikes in transmission,” he said.

The GTA vs. the rest of the province

New cases of the virus have held steady outside the GTA, due in part to differences in population density as well as prevalence of the disease, said Coleman.

“With the other regions being less sparsely populated and with lower prevalence (existing numbers of active cases), the probabilities of infection becomes much, much lower,” he said.

And in turn, the burden on public health and other health care resources is much lower, resulting in more in-depth contact tracing, he said.

Peel reported more cases than Toronto over the weekend — 65 confirmed and probable — most of them in Brampton.

“Case investigations are underway to determine the likely source of infection but we continue to see household clusters where up to five family members were tested on the same day and all tested positive,” said a spokesperson for Peel public health.

“In terms of ages, it’s mixed — parents and children, multi-generational families as well as young adults who live together.”

She also said the city’s health care capacity had been downgraded from yellow to green on Toronto Public Health’s online COVID-19 dashboard, the result of a decline in Toronto’s acute care bed occupancy rate.

Never miss the latest news from the Star, including up-to-date coronavirus coverage, with our email newsletters

Cases based on population

Windsor-Essex, which has had outbreaks of the virus among temporary workers on farms, continued to have the highest number of cases based on population in the last week, 33 per 100,000 people. Peel was second with 13. Toronto had eight per 100,000.

Those regions won’t move to Stage 3 on Friday, along with the rest of the GTA as well as Niagara, Haldimand Norfolk, Hamilton and Lambton.

But many of those regions, where cases have been low, say the delay is due to the fact that they moved into Stage 2 a week after the province gave the green light on June 12 to the 24 public health units that were the first to advance.

“Niagara has been averaging fewer than two cases per day for the past seven weeks, with a trend slightly lower over that period,” Dr. Mustafa Hirji, Niagara’s acting medical officer of health and commissioner, said in an email.

“The Province is assessing regions after they have been in Stage 2 for four weeks, which for Niagara, will be this Friday. We hope to move to Stage 3 in the next round of announcements on Monday, July 20.”

“The areas being moved to Stage 3 have spent an additional week in Stage 2,” Kristal Chopp, chair of the Haldimand-Norfolk Board of Health, said in a statement.

“It is anticipated that the Province will re-evaluate the status of Haldimand and Norfolk next Monday. . . . We expect to be able to move into the next stage shortly, so long as we continue to see few new daily cases of COVID-19 in the community.”

What happens when you open too early

In his press conference Monday, Premier Doug Ford called the number of cases of COVID-19 reported in Florida on Sunday “staggering.”

The state reported more than 15,000 cases in a 24-hour period, a record, the day after visitors entered Disney World in Orlando for the first time since the park was closed in March.

Miami-Dade has become the epicentre of the virus, with cases increasing after the county’s mayor Carlos Gimenez reopened restaurants and non-essential businesses on May 18. Since then, the county’s percentage of occupied intensive care beds jumped from 22 per cent to 98 per cent Monday, according to media reports. There have been 282,435 cases of the virus in the state and more than 4,000 people have died.

Gimenez banned indoor dining on July 9, but is waiting to see if a 10 p.m. curfew and a mandatory mask order will help bring down cases before he orders further restrictions.

Texas was one of the first states to reopen in late April, allowing stores, restaurants, movie theatres and malls, as well as other venues, to operate at 25 per cent capacity. Restaurants were allowed to open with 25 per cent occupancy on May 1, but the limits were later bumped up to 50 per cent and then 75 per cent.

In June, Gov. Greg Abbott put a hold on further plans to reopen and made masks mandatory in counties with 20 active cases. He also ordered bars to close and limited restaurants to 50 per cent capacity.