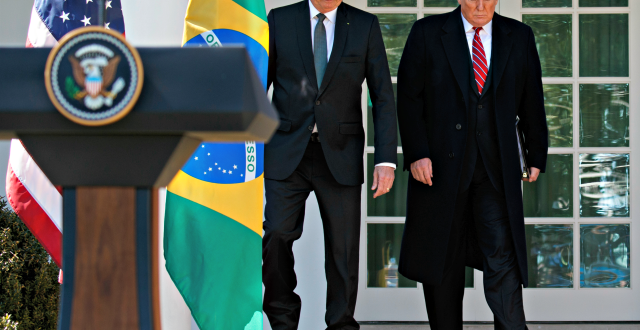 President Donald Trump suspended travel from Brazil to the United States on Sunday as the COVID-19 pandemic continues to worsen in South America.

The order, which will take effect on May 28 at 11:59 p.m. ET, denies entry to “all aliens” who were in Brazil two weeks prior to their attempt to gain entry into the United States.

Today, the President has taken decisive action to protect our country by suspending the entry of aliens who have been in Brazil during the 14-day period before seeking admittance to the United States. As of May 23, 2020, Brazil had 310,087 confirmed cases of COVID-19, which is the third-highest number of confirmed cases in the world. Today’s action will help ensure foreign nationals who have been in Brazil do not become a source of additional infections in our country. These new restrictions do not apply to the flow of commerce between the United States and Brazil.

The World Health Organization (W.H.O.) has warned that the epicenter of the deadly coronavirus has shifted from Europe and the United States to South America as Brazil has quickly become one of the hardest-hit countries.

“We’ve seen many South American countries with increasing numbers of cases and clearly there’s a concern across many of those countries, but certainly the most affected is Brazil at this point,” said Mike Ryan, executive director of the W.H.O.’s emergencies program.

The latest data from Johns Hopkins University revealed Brazil to have more than 347,000 confirmed cases of coronavirus with at least 22,013 deaths.

Brazilian President Jair Bolsonaro has continuously downplayed the pandemic within his country and referred to the virus as a “little flu” and the global reaction to it as a form of “hysteria.” Bolsonaro also warned those who contract the virus to take it “like a man” and return to their normal lives.