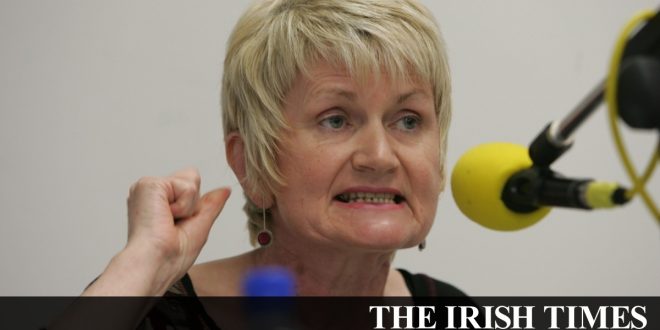 Recipients of the Covid-19 unemployment payment could be in for a “terrible shock” at the end of the year if an awareness campaign explaining that they could have a tax liability for the benefit does not start soon, a TD has warned.

Independent Sligo-Leitrim deputy Marian Harkin said an advertising campaign was needed to alert people to the potential liability and to encourage them to save a few euro a week to pay it.

She said many receiving the €350 payment had no idea it is taxable or that they could be pursued by the Revenue Commissioners at the end of the year for tax owing.

Revenue said unused tax credits may cover the liabilities of some recipients and that otherwise it would “collect tax in manageable amounts by reducing tax credits for a future year or years in order to minimise any hardship”.

The pandemic unemployment payment was introduced to ensure people who lost their jobs as a result of the coronavirus crisis had an income. Some 589,000 people were last week in receipt of the benefit.

Ms Harkin said “most people think ‘what I get into my hands is mine’ and don’t realise that this income is taxable”. She noted that 200,000 people were better off on the payment than they would be otherwise.

She said she was concerned about those who either return to work or move on to a reduced unemployment benefit being caught out.

“It is likely for a significant number of people that they’ll be over the tax threshold. They’ll be paying a level of tax that they didn’t expect,” she said.

Ms Harkin said that for someone on €350 a week or unemployment benefit a liability of a few hundred euro was “a huge amount of money”.

“Can you imagine the outcry next Christmas or at the beginning of the new year that the Revenue has come back looking for tax and people will say they can’t afford it they don’t have it,” she said, adding that “there’s a huge responsibility on the State to let people know”.

Ms Harkin raised the issue in the Dáil with Minister for Social Protection Regina Doherty, who said people receiving the payment would be required to do a self-declaration at the end of the year.

“As soon as the Revenue Commissions make up their minds the department will do an advertising campaign,” she said.

Revenue said that depending on a person’s overall annual income, the pandemic payment may affect their tax liability. If a person had tax credits to claim, such as health expenses, that would reduce the tax that might be owed, it added.

Previous Reopening Roscommon: ‘There is resilience and you can feel it in the community’
Next President Trump Suspends Travel from Brazil over Coronavirus Concerns