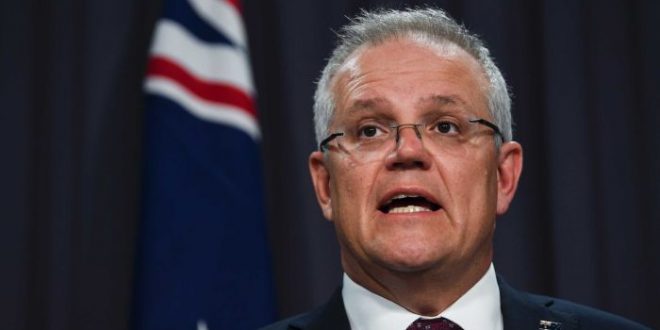 Prime Minister Scott Morrison has declared Australia is “not too far away” from easing its coronavirus restrictions.

Mr Morrison said Australia was “on the road back” to an economy safe from COVID-19 and that success could mean easing restrictions soon.

“You’re already seeing that happen with many of the states and territories,” he said.

The Prime Minister again said one of the most important tools to help fast-track restrictions being lifted was the Government’s COVIDSafe tracing app.

He said, as of Wednesday morning, there had been 2.8 million downloads of the app.

“I would liken it to the fact that if you want to go outside when the sun is shining, you have to put sunscreen on.

The app uses Bluetooth technology to ping or exchange a digital handshake with another user when they come within 1.5 metres of each other, then logs this contact and encrypts it.

The data remains on a user’s phone for 21 days after which it is deleted if they have not been in contact with a confirmed case.

Travel to New Zealand on the cards

The Prime Minister acknowledged some activities were still out of the question for a while yet but that there had been discussions with New Zealand about potentially allowing Australians to travel there.

“The only exception to that … is potentially with New Zealand, and we have had some good discussions about that.”

As well as international travel, Mr Morrison said it was unlikely people would be able to go and watch their favourite sporting team anytime soon.

“I look forward to the time where they can sit down for a meal at a restaurant or a cafe or a pub again,” he said.

“I look forward to the time where they can see, whether it is the AFL, the netball, the NRL, or whatever code they support, and being able to watch that again.

But the Prime Minister did say he could see places of worship open up to “those seeking private prayer” when the restrictions change.