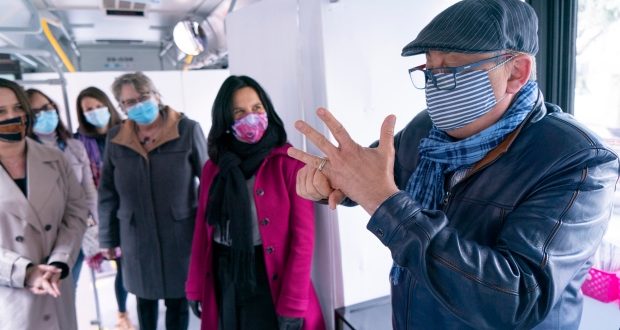 MONTREAL —
Quebec on Friday announced it is launching what it says is a “massive” new COVID-19 screening strategy in the Montreal area, which has been hit hard by the pandemic.

Horacio Arruda, the national director of public health, announced the expanded screening at a press conference Friday afternoon in Montreal North, the city borough that has become a COVID-19 hotspot in recent weeks.

“We want to be able to better measure community transmission and better protect people,” Arruda said.

The announcement on Friday came on a day that Montreal reported that there have now been 18,435 cases of COVID-19 in the city and that 1,727 people have died of COVID-19. Montreal has been the site of more than half the confirmed COVID-19 cases and deaths in the province.

The city also reported that there have been COVID-19 outbreaks in 133 of the long-term care facilities (CHSLDs) in the city.

“We are truly the epicentre of the epidemic in Canada,” said Mylene Drouin, Montreal’s director of public health, who accompanied Arruda at Friday’s press conference.

Drouin said her department needs to add to the 200 people it already has tracking and tracing about 500 patients per day in the 24 hours after they test positive for COVID-19. Such contact tracing is considered essential in controlling the spread of the virus.

Arruda said that the increased screening will target  “several sectors of metropolitan Montreal where the situation is most problematic.”

In addition to Montreal, Laval, the Monteregie, the Laurentians and the Lanaudiere regions will also see increased screening and testing, Arruda said.

The increase in testing should allow Quebec to reach its target of 14,000 COVID-19 tests a day in the coming days, Arruda said, noting that the province is testing about 10,000 people a day at the moment.

Arruda called on Montrealers to continue to maintain physical distancing and other public health directives, such as not gathering in groups, in hopes of curbing the spread of COVID-19 in Montreal.

“You are part of the equation,” Arruda said. “Without you, without your commitment, without your respect to what we are telling you, the situation will get worse.”

Arruda also said the wearing of masks in public spaces is not mandatory, but “very strongly encouraged,” particularly in areas where maintaining a physical distance of two metres is not possible, such as on public transit.

Earlier Friday, Montreal’s public transit authority, the STM, announced it would be providing masks for transit users to wear.

Montreal schools, daycares and many non-essential businesses will now reopen May 25.