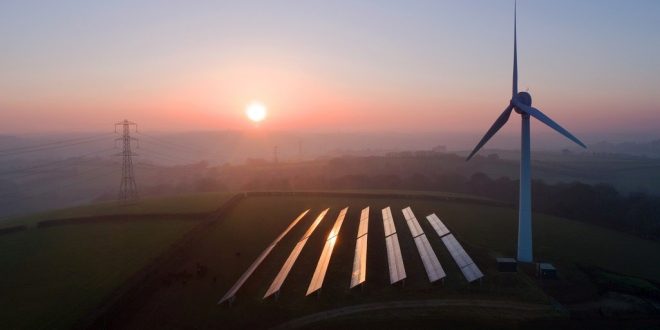 SA is deindustrialising and Eskom is part of the problem, says Nersa member | Fin24

Gumede was briefing reporters on Thursday morning about the state of energy regulation in South Africa. His briefing comes after Statistics South Africa released GDP figures for the first quarter of 2020 which showed that the economy contracted by 2%, extending the country’s recession.

While economists agree that the Covid-19 pandemic and subsequent lockdown are expected to deal a hard blow to the economy in coming quarters, load shedding was the biggest culprit when the economy contracted in the final quarter of 2019 and the first quarter of 2020.

“My view is South Africa is de-industrialising. Sectors that are electricity dependent are showing a decline in demand. Mining, manufacturing and smelting are suffering, and electricity is playing a significant role,” said Gumede.

Gumede pointed out that, with the arrival of Covid-19 and the ongoing recession, Eskom faced a challenge because, while costs and revenue may be fixed and growing, sales that Eskom has projected might not often be realised.

“This year we will see a worse year because of Covid-19, as sales will be significantly lower than projected. We would then see them ask if they can hike and we would apply our principle to determine if it’s possible,” said Gumede.

He said South Africa was still an economy with prominent mining and manufacturing sectors and this meant the economy needed to take steps to reverse the escalation of electricity costs.

“Our economy remains a minerals and minerals processing economy. If you look at the sectors there, they are heavily dependent on electricity. I am not saying this is all because of electricity, but electricity plays a very significant role,” Gumede said.

“The demand for electricity has obviously dropped, and that will feed to lower revenue. It is too soon to say how low.”

Gumede said that, while electricity demand in industries was declining, electricity continued to become a significant cost driver for companies.

“In the gold sector in the past (2005), electricity was not really a major driver – just under 12%. But as late as 2014, the electricity costs, despite industry gains, have become a significant cost driver. Combined with labour costs and other costs, it raises questions about sustainability,” Gumede said.

Tutwa Consulting senior associate Azwimpheleli Langalanga said South Africa’s a decline in electricity demand from manufacturing is not entirely unexpected as that sector is linked to some sectors that are still closed under the terms of the national lockdown.

Langalanga said construction’s decrease by 4.7% in terms of GDP contribution showed that much of the South African economy was still focused on power reliant sectors such as construction and manufacturing.

Citadel chief economist and advisory partner, Maarten Ackerman, said the primary and secondary sector both contracted, falling -11.8% and -7.5% quarter-on-quarter respectively. The tertiary sector was the only one to deliver positive growth, at a modest 1.3% quarter-on-quarter.