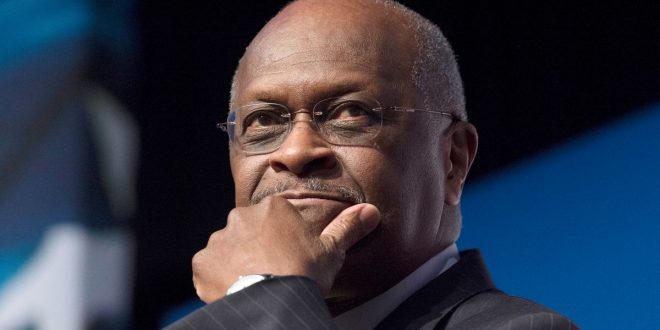 A spokesman confirmed the diagnosis Thursday afternoon, describing the 73-year-old as “resting comfortably” at an Atlanta-area hospital after his symptoms became serious enough Wednesday to require care, but not a respirator.

Addressing speculation he may have picked it up at Trump’s campaign event, Cain’s team said in a statement they are unsure how or where he contracted the virus.

“We honestly have no idea where he contracted it,” HermanCain.com editor Dan Calabrese wrote on the site. “I realize people will speculate about the Tulsa rally, but Herman did a lot of traveling the past week, including to Arizona where cases are spiking. I don’t think there’s any way to trace this to the one specific contact that caused him to be infected. We’ll never know.”

Cain tweeted a photo of himself attending the event without a mask.

Six staffers working at the event tested positive the day of the rally and were sent home, and a reporter who covered the event later tested positive, though he’s unsure where, exactly, he’d come in contact with it.

On Wednesday ― just hours before he required medical intervention because of his worsening condition ― Cain sent a tweet hailing a Trump event in South Dakota where masks wouldn’t be mandatory.

“Masks will not be mandatory for the event, which will be attended by President Trump,” he said. “PEOPLE ARE FED UP!”

Masks will not be mandatory for the event, which will be attended by President Trump. PEOPLE ARE FED UP!https://t.co/Oykdz4xThD