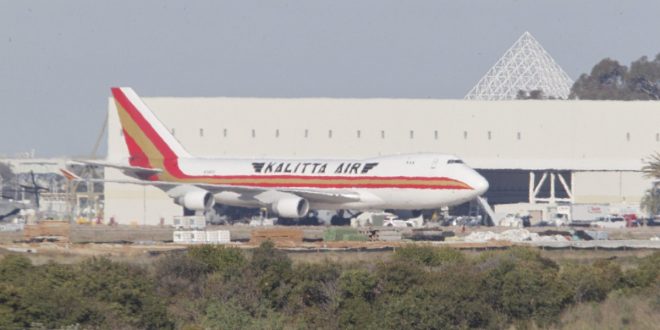 A botched test result from the U.S. Centers for Disease Control and Prevention allowed an evacuee infected with the coronavirus to leave a San Diego hospital Sunday after initially being told by the CDC that they were in the clear.

The situation is detailed in a brief statement released by UC San Diego Health Monday evening, which says that all four quarantine patients admitted to its isolation units after arriving from China last week were discharged back to quarantine quarters at Marine Corps Air Station Miramar after the CDC shared with caregivers that their coronavirus tests came back negative.

“This morning, CDC officials advised San Diego (County) Public Health that further testing revealed that one of the four patients tested positive for (novel coronavirus),” the UCSD statement said. “The confirmed positive patient was returned to UC San Diego Health for observation and isolation until cleared by the CDC for release.”

The university said that it also has received another patient with possible coronavirus symptoms, bringing the total hospitalized out of Miramar quarantine to eight.

The two patients currently in isolation units at UCSD facilities are said to be “doing well” with “minimal symptoms.”

In an emailed statement Monday night, the university said that the infected evacuee did not meander out of the hospital to make their way back to Miramar: “The patient left UC San Diego Health the same way they arrived, with all precautions taken. The patient was wearing a mask per CDC instruction. The federal marshals transported the patient while wearing protection.”

It was not clear exactly how long the patient was present at the base before officials realized that their negative test result was actually positive. The university’s statement indicates that they were discharged from the hospital Sunday and returned on Monday, but specific times of day were not specified.

Whenever a person is found to have a serious communicable disease, be it tuberculosis, measles or novel coronavirus, local public health departments are charged with curtailing potential spread from person to person by quickly identifying who they came into contact with. Often close contacts are isolated until testing confirms they are not infected.

Generally, the county health department handles all such “contact tracing” investigations following regulations and best practices codified by the CDC. In an email Monday night, Craig Sturak, a spokesman for the county health department, said that local officials have no jurisdiction on Miramar or any other military base, so the CDC would handle all contact tracing at Miramar.

“The role of the local public health department is to investigate and monitor any prehospital or hospital staff who may care for this patient, which is a very limited number of individuals who have followed (or will follow) CDC recommended personal protective guidelines. So, while we are working closely with federal partners and the local hospitals, the CDC has been and continues to be the lead agency in this situation.”

It was not clear Monday night whether local public health investigators had visited the hosptial and interviewed possible close contacts or audited the use of personal protective gear by those who were in close proximity to the patient after he or she learned of the initial negative test result.

A total of 232 American citizens and their family members are currently serving 14-day government-mandated quarantines after arriving on base last week. They are staying at two cordoned-off buildings, a small hotel and a single-room occupancy quarters for officers, and have no contact with base personnel.

As of Monday, the World Health Organization reported 909 deaths were the result of novel coronavirus infection in China, with an additional death reported outside the country that is at the epicenter of the outbreak that has now infected more than 40,000 people worldwide. In the United States, the CDC reported a dozen cases Monday, but that number does not appear to include the new case in San Diego. As of Feb. 2, the California Department of Public Health has confirmed a total of six cases in the state: two in Santa Clara County, two in San Benito County, one in Los Angeles County and one in Orange County.