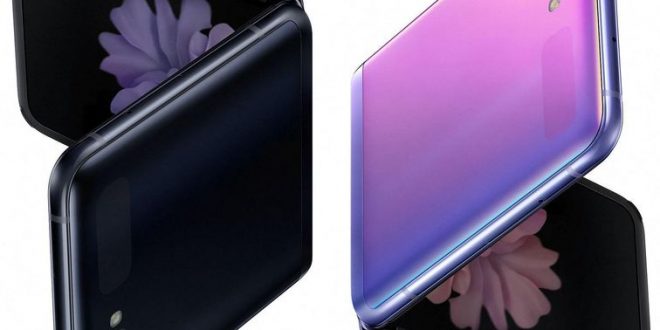 Two days before Samsung’s Unpacked event is set to kick off on Feb. 11, the company teased its upcoming foldable flip phone in an ad that ran during the Oscars. The Z Flip, as the device is known to be called, marks the company doubling down on foldable phones. We’ve known since October that a foldable clamshell design is coming and for months, rumors, leaks and good old-fashioned speculation have formed a compelling look at the phone, possibly code named Galaxy Bloom. And as the days get closer to Samsung’s event, the rumors and renders get juicier. See: a rumored fashion partnership and a $5,000 case. (Here’s how to watch Samsung’s Unpacked when it kicks off.)

The Galaxy Z Flip is likely to go down in history as the first foldable phone to introduce an ultra-thin glass screen that bends in half, a design element that promises to fix nearly every problem that befell early review units of the Galaxy Fold.

Any glass that tops a foldable phone has to be thin enough to bend without breaking, but strong enough to protect the electronic display underneath. Ultrathin glass that measures as thick as a strand of human hair is likely to be the first to come to market, with other possibilities down the line, like a foldable glass made of diamond crystal.

With this smaller, and likely cheaper, flip model, Samsung has another chance to hook people who are interested in foldable phones. It also gives the brand an opportunity to prove that it can make a successful foldable phone.

The Galaxy Flip is expected to be smaller than Samsung’s Galaxy Fold from 2019 and rival the Motorola Razr flip phone, which went on sale Feb. 6 and failed CNET’s folding test. The Galaxy Z Flip could unfold into a 6.7-inch screen, unlike the Galaxy Fold, which has a 7.3-inch screen that bends in half to open like a book.

After only three significant devices in 2019, foldable phones still teeter on the edge of futuristic fancy and reality. Done right, they could double your usable screen space while still closing into a small enough rectangle to carry around. Done poorly, these expensive science experiments could confirm that ever-larger phones are the right way to make a phone.

Read on for everything we know and don’t know about Samsung’s next foldable phone.

Details about Samsung’s next foldable phone pop up everywhere

These speculated features are gathered from a variety of sources, including WinFuture, Max Weinbach of XDA Developers, Twitter leaker Evan Blass and LetsGoDigital.

It could be an AT&T exclusive in the US

The Galaxy Z Flip is said to go on sale Feb. 14 for $1,400, according to Weinbach. In the US, it might sell exclusively through AT&T, at least for a limited period of time. The foldable flip phone will also sell unlocked.

An AT&T exclusive or limited-time exclusive would give both Samsung and the carrier ammunition against the Motorola Razr, which sells exclusively with Verizon’s service in the US.

In addition, Samsung is rumored to partner with New York-based fashion designer Thom Browne to release a special edition Z Flip, according to leaked ad images. The ad shows a red, white and blue striped design along with other accessories like earbuds and a smartwatch band.

If the Galaxy Z Flip sells for $1,400 (about 1,500 euros), Samsung will have effectively undercut the Motorola Razr’s $1,499 retail price with a phone that delivers a more comprehensive bundle of specs.

Industry watchers agree that going with a clamshell style is one of the best ways to make these foldable phones cheaper, and therefore more likely for regular people to buy, not just those with $2,000 laying around.

$1,400 is a far cry from an earlier report by The Korea Herald that Samsung’s foldable flipper could cost $850, according to its sources. But it would still be well under the Galaxy Fold’s $1,980 price. If you’re looking to spend more (because why not), a Russian jeweler is releasing a special-edition case for the Z Flip that costs $5,000.

In addition to unveiling the Galaxy S20, industry watchers also believe Samsung will use its spotlight to unveil this second foldable phone, which makes sense for two simple reasons. The first is that the unveiling would follow Samsung’s pattern from last year, where it introduced the Galaxy Fold alongside the Galaxy S10.

The second reason we think we’ll see it Feb. 11 and not, say, at Mobile World Congress (MWC) two weeks later, is because it’s cheaper and easier to plan one big announcement event than two. It’s possible, however, that Samsung will go over the basics at Unpacked and save the details for MWC, the world’s largest mobile devices show.

Name: Galaxy Z Flip, not Galaxy Bloom after all

Speculation is settling on the Galaxy Z Flip as a more likely name for the new foldable phone than the Galaxy Bloom and especially the Galaxy Fold 2. Here’s one good reason to expect that Fold 2 isn’t in the works: The Korea Herald reports that there will be a Galaxy Fold successor (the Fold 2?) in August.

Even without those rumors, it’s clear that Samsung wouldn’t want to make a foldable flip phone part of the Fold family — not when the Galaxy Fold represents a luxury device with an enormous screen. This foldable clamshell phone will have a much narrower display.

It’s suggested that the Galaxy Z Flip will unfold into a tall, slim 6.7-inch display, larger than the Motorola Razr’s 6.2-inch screen. Remember that screen dimensions are measured at the diagonal, but they don’t tell the whole story. The Razr’s usable screen space feels a lot smaller than the Galaxy Fold, and minute compared with the 8-inch Huawei Mate X.

One thing that isn’t clear in the leaked photos is what kind of design enhancements Samsung has made to sidestep the Fold’s design flaws.

For its second attempt at the Galaxy Fold (the design that eventually went on sale), Samsung used plastic end caps to shrink a gap that could let in dust and debris. It also reinforced internal support for the delicate plastic display, among a few other fixes.

We’ll still need to keep a close eye on this unnamed foldable phone’s screen and hinge to see if there are any potential gaps.

Two cameras on the back and one inside

The Galaxy Fold has a total of six cameras: There are two on the outer “cover” display, one on the inside for video chats and selfies and three on the back. The Galaxy Z Flip could cut the total camera share in half, following a supposed leak from frequent phone leaker Ice Universe (originally from Chinese social media platform Weibo).

Along with some pixelated images, we have seen a more recent video posted by YouTuber and serial leaker Ben Geskin that shows the phone with a clear central hole-punch camera. Photos and the video also show two cameras on the front cover. These would take selfies when the phone is closed, and also serve as your main camera when it’s open.

Before all its screen damage overtook headlines, the biggest concern lobbed at the Galaxy Fold was about the center crease where the phone folds in half. Would it ruin the experience, how bad would it look, would it worsen over time?

One of the advantages of a vertical fold like the Motorola Razr is that the part where the screen creases is much smaller than on the Fold. There’s just less screen width to bend with this design.

In December, we saw how Qualcomm’s new Snapdragon processors can support 8K video, and how 5G data can help you edit these massive videos online. We’re seeing 8K TVs out now, but the videos to watch on them are more limited. 8K phones, 8K YouTube streaming and 8K screens could converge to help make these superhigh-resolution videos more prevalent.

One thing that isn’t clear in the leaked photos is what kind of design enhancements Samsung has made to sidestep the Fold’s design flaws.

For its second attempt at the Galaxy Fold (the design that eventually went on sale), Samsung used plastic end caps to shrink a gap that could let in dust and debris. It also reinforced internal support for the delicate plastic display, among a few other fixes.

We’ll still need to keep a close eye on this unnamed foldable phone’s screen and hinge to see if there are any potential gaps.

No headphone jack is likely, so are Android 10 and One UI 2

Samsung officially ditched the headphone jack. The Note 10 phones didn’t have them at all, and neither does the Galaxy Fold. There is, however, a USB-C charger port. It’s also all but guaranteed to work with Android 10 and Samsung’s One UI 2 software layer that rides on top of the Android OS.

Keep checking back for more details as they surface. In the meantime, brush up on all your Galaxy S20 rumors and leaks.

Published in December and periodically updated with new information.