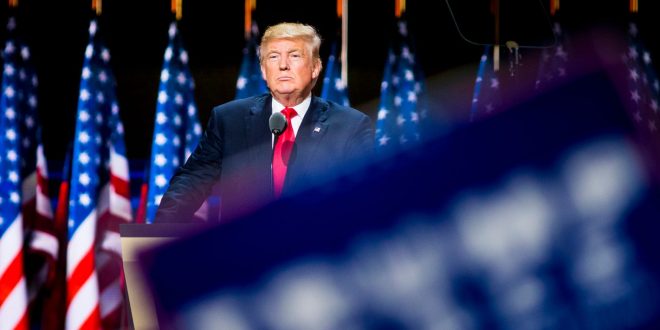 WASHINGTON – Several top Republican lawmakers said they would skip the Republican National Convention as coronavirus cases climb in Florida, where President Donald Trump is set to accept the party’s nomination in August before a large crowd.

The RNC backed out of Charlotte, North Carolina, last month and picked Jacksonville as the main site for the convention after North Carolina Gov. Roy Cooper and Charlotte Mayor Vi Lyles wouldn’t commit to allowing a full convention because of health concerns amid the coronavirus pandemic.

On a Monday conference call with local reporters, Sen. Chuck Grassley, R-Iowa, at age 86 the oldest Republican senator, said he would avoid the convention “because of the virus situation.”

Grassley said he has attended every RNC since he was elected to the Senate in 1980.

Since the convention was moved, Jacksonville has begun requiring that face masks be worn in public and indoor locations as a health precaution.

Florida has seen a dramatic uptick in coronavirus cases over the last month, setting new daily records in the past few weeks. The state saw more than 210,000 total infections and 3,840 deaths as of Tuesday.

A few other GOP lawmakers have announced they are deliberating or won’t be attending the convention while not pointing back to coronavirus specifically.

Sen. Lamar Alexander, R-Tenn., who is retiring at the end of the year, said Tuesday through a spokesperson he would not be attending the convention.

Spokesperson Taylor Haulsee said the senator, despite being an honorary chair of the Tennessee Trump campaign, would not attend “because he believes the delegate spots should be reserved” for those who have not attended the convention before.

Sen. Lisa Murkowski, R-Alaska, “does not plan to attend the convention at this time,” spokesperson Karina Borger told USA TODAY.

More: At least 21 states pause reopening or take new steps to limit the spread of COVID-19

Following widespread protests over racial injustice and outrage over Trump’s response, Murkowski said she is struggling over whether she can support the president in November.

“I am struggling with it. I have struggled with it for a long time,” she said in June.

In a set of tweets, the president appeared to respond, vowing to campaign against her and back any other candidate running, no matter the person. Murkowski is up for reelection in 2022.

Sen. Susan Collins, R-Maine, said through a spokesperson to USA TODAYthat she would not be attending the convention because it was her custom not to attend the convention in years she was up for reelection.

She skipped the convention in 2008, as well as in 1996, when she first ran and was elected to the Senate, according to the Bangor Daily News.

His office did not specify whether his absence would be due to COVID-19 or for other reasons.

In February, saying the president committed “an appalling abuse of the public trust,” Romney voted to convict Trump on the first article of impeachment following the Senate trial, becoming the first senator ever to vote against his own party’s president in an impeachment trial.

Since, Romney and Trump have had a turbulent relationship, with the president openly mocking the 2012 GOP nominee for president.

USA TODAY has reached out to the offices of Romney and Murkowski for additional comment on their planned absences from the convention.

Additionally, Rep. Jim Sensenbrenner, R-Wis., the second-most senior Republican in the House “has yet to decide if he will attend the convention this year,” spokesperson Ryan Kelly said.

Republicans have been wrestling with Trump’s response to the protests and coronavirus, with some pleading for him to tone down his rhetoric.