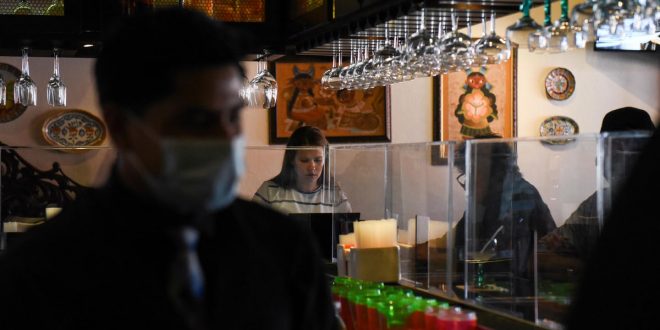 A dozen bar owners in Texas are suing Governor Greg Abbott and the state’s alcohol commission, alleging a recent executive order from Abbott that forced bars to close has unfairly singled them out and may lead to their doom. The lawsuit comes as Texas is seeing a surge in coronavirus cases this month.

Texas was one of 20 states that began phased reopenings of its economy in mid-May, a move that allowed shuttered Lone Star bars and restaurants to welcome back customers, at least at limited capacity. But weeks later, Texas hospitals became inundated with thousands of new COVID-19 cases.

Abbott blamed the uptick on “certain types of activities, including Texans congregating in bars,” according to a statement last week. The swelling coronavirus case load prompted Abbott to halt the Texas reopening plan and issue an executive order on June 26 that blocked people from patronizing bars.

Those might as well have been fighting words, according to lawyers representing bar owners who said the executive order means bar owners “have been relegated to Abbott’s loser category and sentenced to bankruptcy.”

Barber shops, nail salons and tattoo parlors are somehow allowed to remain open even though those services likely pose a greater COVID-19 threat to customers, lawyers argue in court documents.

“Clearly, bar owners have less interaction, proximity or frequency with patrons than beauticians, or cosmetologists, or tattoo artists,” the lawyers said.

The lawsuit, filed Monday in Travis County District Court, names Abbott and the Texas Alcohol and Beverage Commission as defendants. The beverage commission, which grants state liquor licenses to businesses, and the Texas Attorney General Office, which would represent Abbott during an actual court case with the bar owners, declined to comment on the case Tuesday.

Bar owners said in the lawsuit that allowing other businesses to remain open while closing them violates the state constitution. Lawyers are asking a judge to temporarily block Abbott’s order, a move that would effectively reopen Texas bars if approved. Lawyers also ask for an undefined amount in “compensatory damages.”

“Governor Abbott can claim all day that the legislature gave him broad powers,” the lawsuit states. “However, those powers that Abbott claims to have, whatever they may be, cannot supersede the Texas Constitution.”

Abbott said in the statement that Texas doesn’t want to go backwards and close down businesses, but the temporary order will help corral the spread of cases.

Three of those seven bar owners — Sandra Young of Bokeeters Cocktail Bar, Elvin Coy Chew of Whiskey Girl Bar and Melissa Lynn Kelly of Outlaws Longview Bar — are among the group of owners suing the state.

Previous Will sport embrace electronic whistles in a Covid-19 world? | Sport
Next COVID-19 cases mount at the ends of the Earth in Timbuktu