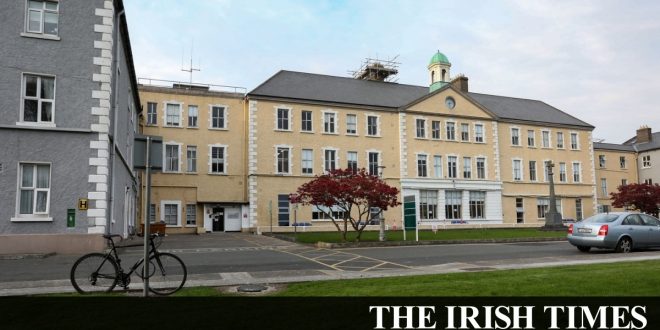 Confidential Health Service Executive figures obtained by The Irish Times show for the first time the precise impact of the Covid-19 pandemic on those living in care homes and residential facilities.

The unpublished HSE figures, which contain both confirmed and suspected cases of Covid-19, show for the first time a breakdown of where more than 1,000 deaths have taken place in 167 settings around the country.

The HSE figures indicate the impact of clusters of the virus on vulnerable people when it becomes established in a residential setting. Of the 1,030 deaths, almost 60 per cent – 601 deaths – are accounted for in 39 settings which saw 10 or more deaths.

The average number of deaths across the homes included in the HSE document, which was produced for internal circulation, is 6.16.

The document contains final figures on Covid-19 deaths and confirmed cases produced by the Health Protection Surveillance Centre, and is slightly different to the figure published on Wednesday night by chief medical officer Dr Tony Holohan. He put the official figure on deaths in residential care facilities at 1,025, or almost 63 per cent of the 1,631 deaths from Covid-19 in the State. Within that, nursing homes accounted for 897 deaths or 55 per cent of the total.

According to the HSE figures, the three settings with the highest number of deaths associated with them are Ryevale Nursing Home in Leixlip, Co Kildare, with 35 deaths; Tara Winthrop Private Clinic in Swords, Co Dublin, with 29 deaths; and Marymount Care Centre in Lucan, Co Dublin, with 28 deaths.

A spokesman for the Tara Winthrop Private Clinic said it “has always and continues to deliver its service to the highest standards in accordance with the regulations”.

Marymount Care Centre said it was “devastated at the loss of so many of our residents”. It said detailed infection control plans had been put in place.

Ryevale Nursing Home did not respond to a request for comment.

Of the 167 facilities which saw deaths recorded in the HSE figures, 125 are privately run institutions or operated by voluntary groups. There are 571 nursing homes in the country, of which about one-fifth are run by the HSE.

The only HSE-run facility among the 10 settings which saw the most nursing home deaths is St Mary’s Hospital in the Phoenix Park, with 25 deaths.

Dealgan House in Dundalk, which was one of the first large nursing home outbreaks, is recorded as having had 22 confirmed or suspected deaths from the virus.

Previous Governor fights back tears at briefing discussing masks
Next Covid-19: Tax on unemployment payment could be collected by reducing credits