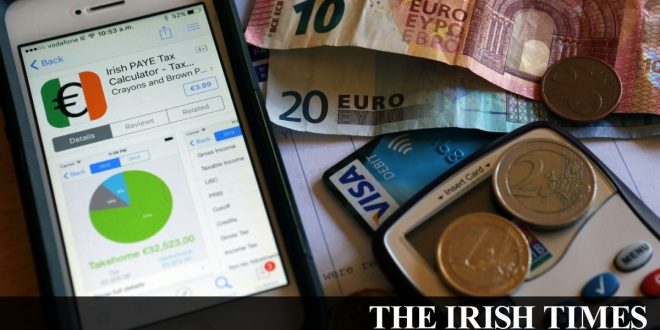 Covid-19: Tax on unemployment payment could be collected by reducing credits

Tax due from those who are in receipt of the weekly €350 Covid-19 unemployment payment could be collected by reducing tax credits for those taxpayers in future years, the Revenue Commissioners have said.

The special payment, called the Pandemic Unemployment Payment (PUP), was introduced by the Government to support those who have lost their job due to the coronavirus crisis.

The Dáil has recently heard claims that those in receipt of the payment may not be aware that they are liable for tax as a result and could face a surprise bill at the end of the year.

But Revenue says that measures will be taken to allow the tax to be collected while minimising any “hardship”.

A Revenue statement said most income is liable to tax “and the amount of tax an individual pays depends on the amount of the income they earn, on their personal circumstances and the tax credits they are entitled to”.

Such income includes welfare payments from the State, unless they are specifically exempt from tax. State payments which are liable for tax are subject to income tax but not the USC or PRSI.

“The PUP is not exempt from tax and is a taxable source of income,” Revenue said, adding that, in most instances, details of State payments made to individuals are reported directly to the Revenue from the Department of Employment Affairs and Social Protection.

“Depending on an individual’s overall income during a year, the PUP may affect their overall tax liability for the year.”

The PUP is not taxed at the time it is paid to the individual by the State, but the person who receives the payment will be liable for tax at the end of the year, when the Revenue reviews their tax position.

“When an end of the year review takes place for a PAYE taxpayer, it may be the case that they have unused tax credits that will cover any tax owing that may arise,” Revenue said.

“Where a PAYE taxpayer owes tax, it is normal Revenue practice to collect any tax owing in manageable amounts by reducing tax credits for a future year or years in order to minimise any hardship.

“Additionally, if an individual has any additional tax credits to claim, for example health expenses, this will also reduce any tax that may be owing.”

The PUP was initially due to expire on June 8th but it will now be extended. Speaking in the Dáil on Wednesday, Taoiseach Leo Varadkar indicated that the future shape of the support could be a matter for the next government.

“This Government or the new government will have to make a decision as to how long that will be extended to and will also have to deal with some of the anomalies which people are aware of already.”

He said these anomalies included “where there are a certain number of part-time workers who are now receiving more in the pandemic unemployment every week than they did in January or February before the pandemic happened.

“However, none of those things are decisions that have to be made now. The economy is only slowly opening up now. It’s [The payment is] going to have to be extended.”