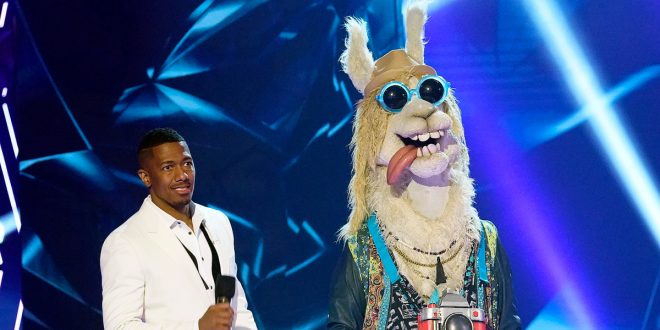 Llama need a minute tonight, because The Masked Singer just axed another contestant on season 3.

The show returned to its regular Wednesday timeslot after kicking off in the prized post-Super Bowl slot on Sunday. This episode, judges Robin Thicke, Jenny McCarthy, Ken Jeong, and Nicole Scherzinger were joined by American Pie star Jason Biggs, whose new show Outmatched also calls Fox home. And as always, Nick Cannon was the show’s emcee.

Llama sang first, doing “It’s Not Unusual” by Tom Jones. Unfortunately, it wasn’t sandwiched between 21 performances of “What’s New Pussycat.” He was followed by Miss Monster (“Fancy” by Bobbie Gentry), White Tiger (“Good Vibrations” by Marky Mark and the Funky Bunch), Kangaroo (“You Know I’m No Good” by Amy Winehouse), and Turtle (“Say You Won’t Let Go” by James Arthur).

Miss Monster, Kangaroo, and Turtle all brought out their powerful vocals, while White Tiger’s energy on stage was infectious. In the end, the audience and panelists decided on their favorites of the night, leaving Llama out of the herd.

The furry competitor was then unmasked and revealed to be comedian Drew Carey, who’s known for hosting The Price Is Right and Whose Line Is it Anyway?, and had his own eponymous sitcom from 1995 to 2004. EW guessed him right away!

After he was unveiled, Drew put on his signature frames. “I like having a goof and a lot of laughs,” he said of why he chose to go on the show.

Carey isn’t upset about coming in next to last, telling EW he did it for the fun not the prize. “It’s like if you were doing karaoke at an office party and they gave you a little joke trophy that you could put in your cubicle,” he said.

“That’s how I treated it. There’s no way you can take this show seriously as a singing talent show.”

Stay tuned next week, when the remaining four contestants are whittled down to three in the Group A finals.

Celebs compete in this crazy reality-singing TV show while wearing elaborate costumes to conceal their identities. Can you guess the celebrity behind the mask?