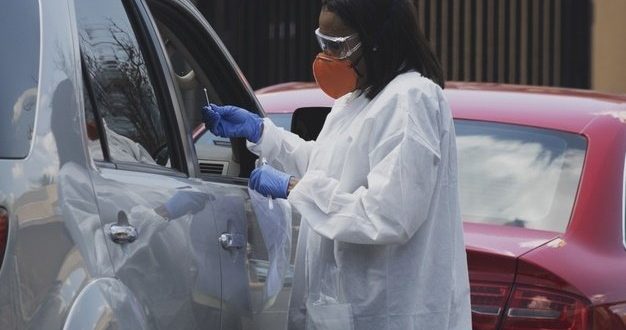 In less than a month, South Africa has ramped up its ability to test people for the novel coronavirus from a few hundred, to a few thousand every day.

And, thanks to new equipment delivered in the past few days, with more expected by mid-April, testing numbers are expected to increase dramatically.

By the time SA confirmed its first case of the novel coronavirus on 5 March, laboratories around the country had tested just 181 people for the Covid-19 virus.

And 24 days later, by 29 March, the number of tests done stood at 35 593 – a combination of tests done by private and public labs. This despite the labs being under significant pressure to test as many people as possible amid intermittent supplies of necessary materials.

Of those tests, 1 280 were confirmed to have contracted the virus. Two people have died. Both had underlying health problems.

He also announced a massive screening and tracking campaign, whereby 10 000 health workers would go from house to house to screen South Africans for the coronavirus. Those who showed mild symptoms would be referred to a clinic for testing, he said.

While it’s clear that the number of infections and tests are on the rise, it’s too early to draw any conclusions from the figures published by the National Institute for Communicable Diseases (NICD) and the Department of Health on a daily basis, a range of experts News24 spoke to said.

In fact, very little is known about the true number of infections and recoveries and the data reported by Health Minister Zweli Mkhize in daily statements are in reality the results of tests conducted several days before.

The criteria for someone to be tested has also been relaxed to include a wider range of factors, where it was initially only open to people who showed advanced symptoms or had been in contact with someone who had recently travelled to a high-risk country.

But it is too early to conclude from the number of tests compared with the confirmed cases whether the lockdown is working or whether the spread of the coronavirus is under control.

Meanwhile, the next week or so should see some relief provided for laboratory workers who have thus far been stretched to capacity with the demand for tests.

News24 reported earlier that the country faced a critical shortage of tests in the future, as Covid-19 testing kits and other equipment needed to be imported from countries badly affected by the pandemic.

In a letter last weekend, the heads of private pathology groups also raised the alarm, saying they were under “extreme pressure” due to the demand for tests.

But increased resources at the National Health Laboratory Service (NHLS) and the introduction of more private testing is likely to reduce pressure on already-stretched laboratories.

Demand for testing in some private labs has already reduced since the start of the lockdown, according to one lab worker, although the reduction has been marginal.

Another lab worker at the NHLS said that the lockdown would relieve pressure on labs, as people with zero-to-mild Covid-19 symptoms would stay at home and be self-isolated anyway, without realising the need for testing.

Therefore, the laboratories would mostly be testing people who are really ill.

Additional resources are also on the way.

NHLS CEO Dr Kamy Chetty said last week that the NHLS is pursuing various avenues to procure more tests, and that it had assurances from international suppliers that South Africa would be a priority.

The number of laboratories performing Covid-19 tests would be increased from six to nine by April, she said, and that it now has 18 “state of the art” testing machines which will “dramatically improve volumes that can be done as well as turnaround times”.

By April, over 180 GeneXpert analysers – typically used for TB testing – will be available in all provinces, Chetty said.

A Covid-19 test kit, which can be used by these machines, will arrive in South Africa in April, and can be processed in 45 minutes.