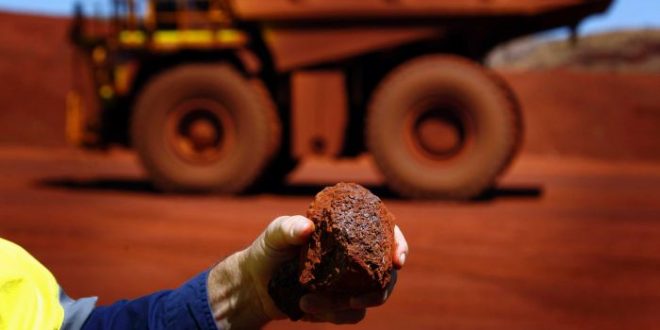 The Australian economy and its largest iron ore miners — BHP, Rio Tinto and Fortescue Metals — are set to benefit from Brazil’s misfortune once again.

A coronavirus outbreak has infected at least 188 workers, employed by mining giant Vale SA, at its Itabira mining complex in the south-eastern state of Minas Gerais.

It led to a Brazilian judge ordering on Saturday that all activity be suspended at three of Vale’s mines in that complex.

This court decision is expected to send jitters through the global iron ore market as 12 per cent of Vale’s iron ore output will come off the market.

Like Australia, Brazil is one of the world’s major iron ore exporters.

But unlike Australia, the South American nation is plagued with the second-highest number of COVID-19 infections in the world (with 692,000 cases).

Brazil’s handling of the pandemic, particularly in mining regions, has led to worries about the reduced supply of iron ore in the world.

Australia to benefit from Brazil’s outbreak

It also comes at a time of rapidly growing demand from Australia’s biggest trading partner, China.

In the last two months, the spot price of iron ore had surged from $US80 to more than $US100 per tonne — a level that has not been seen since August 2019.

The iron ore boom also led to the Australian dollar surging by more than 25 per cent, from its low of 55.1 US cents in mid-March.

China is spending big on infrastructure as part of its coronavirus economic recovery, and Australian miners are expected to benefit while Brazilian mine sites continue to struggle with coronavirus.

“The seaborne iron ore market is dominated by China, accounting for around 70 per cent of seaborne demand,” according to a report by UBS commodities analyst Dim Ariyasinghe and his team.

“The country’s quick recovery from COVID-19 has boosted demand.

“While [outside of China] … steel output and consumption remains weak as a result of the pandemic, we note most major import markets are now easing mobility restrictions.”

Australia’s top exports, in the last financial year, were iron ore ($77.2 billion), coal ($69.6 billion) and natural gas ($49.7 billion), according to the Department of Foreign Affairs and Trade.

Business with China was worth a lot more, especially when compared with Australia’s second, third and fourth-largest trading partners.

However, the relationship between Beijing and Canberra has become increasingly strained.

This was after the Federal Government called for an investigation into the origins of the COVID-19 outbreak in April.

It resulted in China imposing 80 per cent tariffs on Australian barley and an import ban on four Australian red meat abattoirs.

The Australian Government has also tightened foreign investment rules — so that all investments in “sensitive national security business” need government approval, regardless of the deal’s value.

Prime Minister Scott Morrison said on Friday that the stricter foreign investment rules should not inflame tensions with China.

The next day, China urged its citizens not to travel to Australia, amid what it calls a spike in racist attacks on “Chinese and Asian people” during the pandemic.

Amid the worsening relations, analysts predict that China is unlikely to target Australia’s most valuable export, iron ore.

It helps that Australia provides two-thirds of China’s iron ore imports and replacing it would not be easy.

Also, Australia’s iron ore is much higher quality than what China can mine domestically.

Not the first tragedy for Vale

“The company has been increasing its support to some municipalities through testing, as in the case of Itabira, which will gain a drive-thru testing system shortly, which will be financed by Vale,” the company wrote in a statement.

The last time iron ore prices surged in response to a Brazilian disaster was late January 2019.

That was when a tailings dam (also at one of Vale’s iron ore mines) burst, releasing a torrent of sludge which buried people and buildings in the town of Brumadinho.

At least 259 people were killed in this tragedy.

It was a far greater loss of life than the 2015 Samarco Mariana dam disaster — also in Brazil — where a dam at a Vale-BHP joint venture ruptured, killing 19 people.