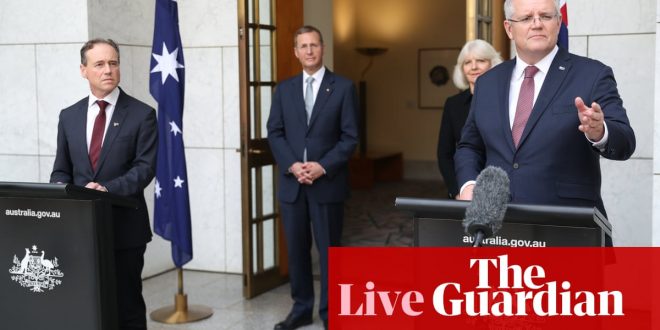 A group of the over 400 Australians stranded in Peru have pleaded with prime minister Scott Morrison to help them escape on government-sponsored repatriation flights.

Some are expected to leave on a commercial charter in the next 24 hours – but this is not certain – and it may be months before others are able to leave a country under a military-enforced lockdown.

The oldest Australian stranded in Peru is 96, the youngest six months. One is pregnant, another is in hospital with a deteriorating medical condition. Another is living in an abandoned building with little food.

An open letter, written by Gus Higgins on behalf of the group has pleaded with the Australian government to launch government-sponsored repatriation flights, as other countries, such as Germany, Israel, Canada. Ireland and the USA have done.

“We have watched other governments act. We see foreigners leave each day through the repatriation efforts of their respective governments. Despite being told we are a ‘top priority’, honestly, honourable prime minister, we certainly do not feel so.

“We request immediate repatriation that is accessible for all Australians stranded in Peru.”

The borders are shut in Peru until at least April 12, with most commercial airlines now no longer operating, with the country in lockdown under military law.

A commercial charter, organised by Chimu Adventures with Australian government assistance, will fly stranded about 260 Australians out of Peru, likely on Sunday. The over-subscribed flight will retrieve passengers from Cusco and Lima.

However, many Australians stuck in Peru could not afford the $5000 being asked for an economy class seat on the flight or missed out on booking, while others are in remote parts of the locked-down country where all internal movement has been banned, putting airports out of reach.

ABC is reporting that people arriving at Sydney airport are waiting between two and three hours on buses to be ferried from the airport to one of two hotels – the Ibis and the Novotel – where they’ll be forced to quarantine for 14 days.

This is the first day of the new regime, and it’s expected around 3,000 people will be sent to hotels from Sydney airport today.

And another update on the state and territory totals we have for confirmed coronavirus cases so far today:

There are 16 deaths from people who tested positive for coronavirus reported so far.

Western Australia up to 312 confirmed cases of coronavirus

Western Australia has reported 33 confirmed new cases of coronavirus, bringing the total to 312 in the state.

The WA government is also going to bring in new legislation next week to fine people $1,000 (and $5,000 for business) for not complying with self-isolation and gathering directives.

NSW Health has advised there are now 215 cases of coronavirus from passengers on the Ruby Princess, up from 172.

There are now 59 confirmed cases in NSW from the Ovation of the Seas, and 23 cases from the second cruise of the Voyager of the Seas.

The Royal Australian College of General Practitioners has welcomed the announced funding for telehealth.

“The reason we have been pushing so hard for the telehealth expansion is because GPs on the frontline battling Covid-19 know that it will make a real difference in limiting the spread of the virus,” president Dr Harry Nespolon said.

Nespolon said telehealth doesn’t mean doctors have to use Skype or Zoom or other video conferencing for their consultations, and the Medicare Benefits Scheme item covers phone calls, too.

“We need to be technologically agnostic and not have the public or GPs think that this item is limited to video consultations; an old-fashioned phone will do just fine.”

A quick update on international developments:

NSW Health says a a staff member at Long Bay hospital has been diagnosed with Covid-19.

Contact tracing is being undertaken with staff and patients, and those identified as close contacts are being placed in isolation and will undergo testing.

Additionally, 245 passengers from the Roald Amundsen and Scenic Eclipse cruises who arrived on Friday night were screened for Covid-19 at the airport and were required to isolate for 14 days.

This was before the new hotel isolation orders for every single arrival came into effect, but Nine newspapers reported 33 of those ordered into hotel quarantine by NSW Police attempted to depart on domestic flights. A total of 27 of those are believed to have left on those flights.

There are three confirmed cases at Normanhurst West public school – two teachers and a student. Close contacts have been isolated and the school has been reopened.

I’ll hand back to my colleague Josh Taylor now but will be back with you later this afternoon.


Critically, this package also doesn’t reverse the dangerous cuts to vital work like WESNET’s Safe Phones program or the work of the National FVPLS Forum – which means critical functions currently in place for women’s safety will be ended in coming months; when their work will be absolutely vital in dealing with this escalating emergency. These cuts are unconscionable and must be immediately reversed.

We already know that demand for service has jumped even in the early days of this pandemic. The risks facing women experiencing abuse and violence will be an escalating emergency during this crisis. It’s vital that services are resourced to support everyone who needs them during this time.

The mayors of Sydney’s beachside suburbs are carefully monitoring crowds in their council areas today, in the hope that people will stay away and they will not be forced to shut down parks and public gardens as well as the beaches.

Beaches in Randwick, Waverley and Woollahra, including the iconic Bondi Beach, have been shut indefinitely after large crowds gathered and ignored social distancing rules. Police have also had to break up parties in the beachside suburb, which is a magnet to backpackers and young people.

The Waverley mayor, Paula Masselos, said she was hoping it would not be necessary to shut parks and public gardens as well, but it would depend on whether people respected the social distancing rules today.

“We want to keep them open as much as possible for the sake of mental health of people, but if people are not doing the right thing we may need to close them,” she said.

Masselos said it was not feasible to try to control numbers on beaches as some councillors had suggested.

“I asked the general manager to look at options for keeping them open, including having a corridor to access the beaches, but it’s just not possible,” Masselos said.

The Liberal councillor and former mayor Sally Betts has suggested using witches hats to divide the beach into areas and regulate numbers. Waverley was forced to shut the tiny Mackenzies beach after crowds gathered there, following the shutdowns of other beaches.

Randwick has been forced to shut all of its beaches as well and Woollahra has shut the harbour beaches. Northern Beaches council closed the northside beaches last weekend but is endeavouring to keep them open where possible.

This Twitter thread from Shiraz Maher, an expert on Islamic radicalisation from the UK, on his experience with the Covid-19 virus as an otherwise healthy 38-year-old is quite harrowing.

Australians stranded on board the Costa Victoria cruise ship, docked in Civitavecchia, Italy, have been told to pack their bags and prepare for a chartered flight home.

Passengers have posted on social media that they received a call to their cabin in the middle of the night, asking them to be packed and ready to go by 6am Italian time (3pm AEDT).

Others have been told a flight has been arranged by Costa Cruises to deliver them from Rome to Perth.

“We got woken up with a call to have our bags packed and out the door by 6am and we’ll be departing by 9. When we asked ‘where are we going’ they said to the airport for a late afternoon flight. Why wouldn’t the Australian ambassador know of this plan and communicate it to us?” one passenger posted on Facebook.

There are more than 300 Australians on board the ship.

Without official confirmation from the Australian embassy in Rome or Dfat, passengers are unsure what to expect.

Some Australians from the Costa Luminosa, which docked in Savona last week, said there were plenty of rumours of a charter flight. Instead, passengers were placed on buses and driven to Rome to self-isolate for two weeks in a hotel.

For days, those on board the Costa Victoria have feared they will face the same fate, forced to spend more time in the country worst hit by the virus.

Both the Costa Victoria and Luminosa have had confirmed cases of Covid-19 on board. Victoria passengers have been in strict lockdown for days and confirmed to their cabins.

The shadow minister for industrial relations, Tony Burke, says any wage subsidy announced by the government should be conditional on keeping people in work, and large enough “to give a real incentive to employers to keep people in their jobs”.

“We want people to keep their relationship with their employer,” he says.

He’s calling for the government to go ahead with changes to income support including lowering the threshold at which couples can receive income support if one person loses their job.