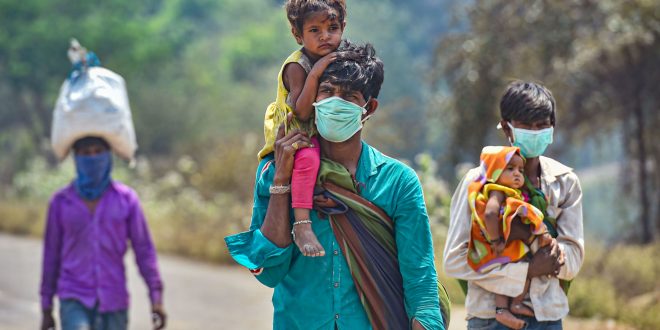 IndiaUPDATED A FEW SECONDS AGO

A 68-year-old man who had been tested positive for coronavirus passed away early morning on Tuesday, 31 March in Kerala, taking the death in the state to two. A woman died at a hospital in West Bengal’s Howrah district, taking the state’s death toll to three. The death toll due to COVID-19 in the country increased to 32, while the number of cases rose to 1,251, the Health Ministry said on Monday.

India is set to increase testing in ten identified “hotspots” where “unusual” transmission has been detected. It includes Dilshad Garden and Nizamuddin, both in Delhi, the others being Noida, Meerut, Mumbai, Pune, Bhilwara, Ahmedabad, Kasaragod and Pathanamthitta.

Meanwhile, Delhi Chief Minister Arvind Kejriwal has sought an FIR in connection with Tabligh-e-Jamaat congregation in Nizamuddin, after at least 175 people who had gathered there were taken to various hospitals to test for coronavirus.

Sena Seeks Action Against Bjp Leader Over Remarks on COVID-19

In a bid to encourage people to stay fit during lockdown, Prime Minister Narendra Modi on Tuesday shared a video of a yoga asan which he practices.

“Whenever I get time, I practice Yoga Nidra once or twice a week,” he wrote on Twitter.

“We are not certain of the number but it is estimated that 1,500-1,700 people had assembled at Markaz building. 1,033 people have been evacuated so far — 334 of them have been sent to hospital and 700 sent to quarantine center,” he added.