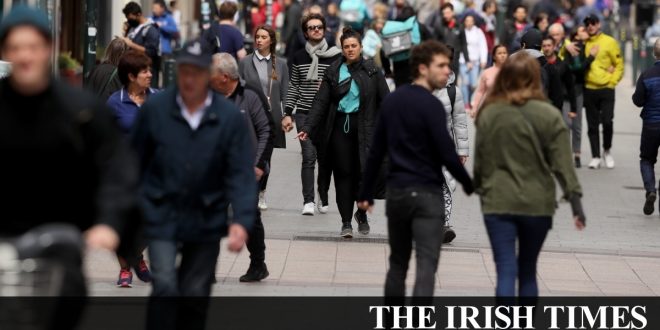 Covid-19 restriction-lifting may speed up if cases keep falling

The Government will consider accelerating the lifting of Covid-19 restrictions if the number of new cases continues to decline, with Taoiseach Leo Varadkar mulling making an announcement in early June on easing aspects of the lockdown.

While senior sources stressed that such a move would be entirely dependent on further progress in containing the disease, the internal debate in the Government reflects the growing pressure coming from business groups and several Ministers who favour a quicker relaxing of the measures.

The next phase in the planned easing of the lockdown is due on June 8th, with a further phase on June 29th, and another on July 20th. But if the numbers of cases and deaths continue to fall in the coming weeks, some aspects of the July 20th opening could be brought forward to June 29th.

The National Public Health Emergency Team (NPHET) said four additional Covid-19 deaths and 57 new cases were reported on Sunday, a significant fall when compared to the height of the crisis.

Ministers are due to meet public health officials, including chief medical officer Dr Tony Holohan, to discuss the reopening measures in the coming days.

Meanwhile, minutes of emergency team meetings show the Government’s expert advisory group on the pandemic believed there was a “lack of evidence” to support social distancing guidelines being two metres rather than one.

The issue has been raised in recent days by some Cabinet members who want the distance reduced. Such a change would make it much easier for schools and businesses to reopen but Mr Varadkar said at the weekend “there is no change” to the two-metre rule.

One or two metres

In March, the advisory group on the Covid-19 pandemic said it had found there was a “lack of evidence in distinguishing between one metre and two metres”.

“In addition, in some circumstances (including the healthcare, and domestic settings) it may not be possible or practical to maintain two metres distance,” group chair Dr Cillian de Gascun told NPHET on March 16th according to the minutes. “As such, the recommendation is that at least one metre, but ideally two metres is maintained between people, especially in the context of keeping distance from symptomatic individuals.”

Separately, in a letter to the National Bus and Rail Union, Mr Varadkar said that tax incentives to encourage people to work from home and the introduction of staggered opening times for schools and colleges may be considered as part of plans to reopen the economy.

Previous Traveller realities amid the pandemic: ‘I thought I’d never see a sup from a tap again’
Next Reopening Roscommon: ‘There is resilience and you can feel it in the community’