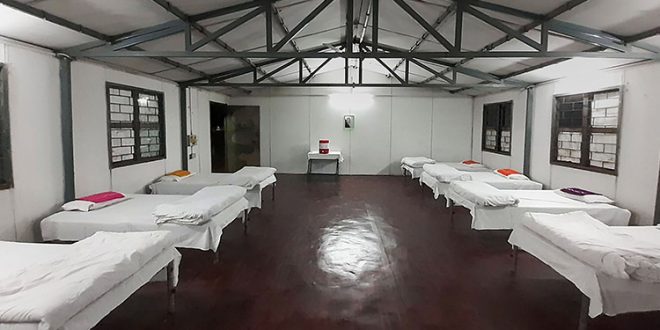 Karnataka’s Medical Education Minister Dr K Sudhakar on Monday said that the daughter of the 76-year-old man who died of COVID-19 was the only one among his family members to test positive for the coronavirus.

Principal Secretary of the Health Department Jawaid Akhtar said that the man’s daughter is 46 years old and was the only one in the family who was in close proximity with him for extended periods of time as she was the one taking care of him.

While the woman’s husband, her brother and brother-in-law were tested negative she was the only one among the family members, who took him to Hyderabad, who was tested positive.

Minister Sudhakar said that as on Monday morning the Health Department has traced 77 primary contacts and 170 secondary contacts of the 76-year-old and his daughter.

“She has a one-month-old baby, who is stable and was not tested positive. All necessary precautions have been taken after the contacts were traced. We believe the number of contacts will increase as we trace all of them,” he added.

The 76-year-old man, who went to Saudi Arabia on January 29, returned to Kalaburagi via Hyderabad on February 29. He started showing symptoms of cough and fever on March 6. On March 8, he was taken to Sunrise Hospital in Kalaburagi, where the doctors alleged advised the family to take him to Hyderabad. Family members had earlier told TNM that they were not informed that the doctors suspected their father to have COVID-19. In Hyderabad, the family took him to Code Narrow Hospital, Gandhi Hospital, Apollo Hospital hoping to ensure that he is treated properly. However, with no proper response from the doctors there, the man was rushed to Care Hospital, a private hospital. The victim’s son had earlier told TNM that when they were at Care Hospital, he received a call from the health officials at Kalaburagi, who asked them to bring him back to Karnataka immediately. He was brought to Gulbarga Institute of Medical Sciences, where he was brought dead. The victim was tested positive for the virus days after his demise.

“During this time, the man’s daughter was the one administering care and she was with him the most. She is stable now and is in an isolation ward,” Minister Sudhakar added.

Jawaid Akthar further stated that the other 21 family members of the COVID-19 victim apart from the daughter are currently stable. He, however, did not say whether they were tested positive or negative as their test results are awaited.