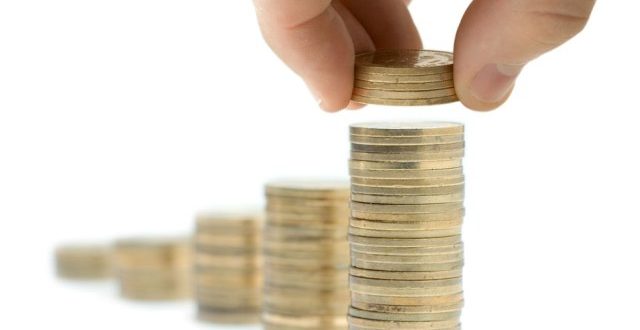 In a low-interest-rate world, high-interest savings proving a big winner for smaller banks

For financial institutions such as EQ Bank, offering interest rates that are 40 times higher than those attached to savings accounts at the Big Five banks is starting to pay dividends.

EQ, which is backed by the Toronto-based Equitable Bank, is still offering its clients a two per cent base interest rate on its Savings Plus accounts despite the fact that the Bank of Canada slashed overnight rates by 150 basis points this year to 0.25 per cent. The Big Five, meanwhile, are offering clients a sliver of that. The base rate at the Royal Bank of Canada, for example, has fallen to 0.05 per cent while at Toronto-Dominion Bank, clients with less than $5,000 in their accounts aren’t earning interest at all.

The high interest rate strategy, according to Mahima Poddar, EQ Bank’s senior vice-president of Digital Banking and Strategy, involves making a sacrifice now in order to attract new clients. She believes they’ll stay with EQ in the long-term and that’ll give the bank an opportunity to make its investment back.

“It’s essentially us accepting lower profits on our end,” said Poddar. “As our product roadmap continues to grow, it gives us cross-sell opportunities which will pay off the investment we have on the savings side.”

And the strategy is working, Poddar said. Since the COVID-19 economic shutdown forced the Big Five to trim savings rates to near-zero and injected volatility into equity markets, EQ has been signing up new clients at more than double its regular pace. This new wave of clients is the second-largest EQ has seen since opening in 2016.

That success isn’t exclusive to EQ. There are at least 12 other financial institutions in Canada offering interest rates at or above two per cent for savings accounts, with the highest being LBC Digital’s 2.25 per cent. Of those names, Motive Financial, a division of the Alberta-based Canadian Western Bank, and Achieva Financial, which is run by the Cambrian Credit Union in Manitoba, also told the Financial Post their sign-ups are surging.

It’s quite clear the majority of Canadians either aren’t paying attention or don’t care enough about the difference between 0.05 and two per cent

Despite the success these firms are having in attracting new customers, the Big Five are unlikely to be concerned, according to RateHub co-CEO James Laird. A bank like RBC has 16 million clients, whereas EQ has closer to 110,000. Even if RBC were to lose 10,000 clients searching for higher rates, that would equal a reduction of one per cent of its base.

If a smaller financial institution can offer two per cent interest rates, the big banks could technically do the same, Laird said. The reason they won’t is because they don’t need to.

“If a majority of consumers said we’re not going to take it anymore, that would change,” said Laird. “If they’re not leaving, it’s a huge cost to all of a sudden offer them 1.5 per cent when they seemed to be happy with 0.05.”

Economically, there’s a lot that goes into calculating what rates financial institutions can offer. Banks still have to make money and the way they do so is by taking the sums deposited into their savings accounts and loaning them out for mortgages at a higher rate than they themselves pay in interest. Each institution has a different spread between the two that allows them to remain profitable.

Smaller institutions such as EQ say they can afford to have tighter spreads because many of them are digital-only banks and do not have a business model centered around operating hundreds or thousands of brick-and-mortar locations. EQ references this in its tagline: “We’d rather build your savings than bank branches.”

The big banks, Poddar said, also have to serve the mass market and make multiple services and products available to their clients, some of which may be less profitable, while smaller institutions can focus on only a handful of things. At EQ for example, Poddar said they can charge higher mortgage rates for alternative-A mortgages — a category that falls between prime and subprime and helps those with high credit scores but low incomes buy a home — because they’re more complex and fall below what the big banks underwrite.

The costs of running a smaller institution are leaner, said Jeff Wright, the senior vice-president of client solutions at Canadian Western Bank. That allows Motive Financial to not only offer higher rates, but keep them steady for a longer period of time, he said. Prior to the Bank of Canada cuts, Motive held a 2.8 per cent interest rate on its savings accounts for 15 months.

That number isn’t promotional either, Wright said. The big banks frequently offer new clients higher rates, but they  expire after a few months. The only way smaller banks can compete is by offering rates that beat those promotions year round.

The choice of where Canadians should stash their savings sounds like a no-brainer for Wright, but despite the recent influx of clients, it’s still difficult for institutions like Motive to poach them from the Big Five.

Banks like Motive rely mostly on word-of-mouth to drive new accounts. “Every customer we have is a potential referral source,” Wright said. EQ even encourages it by offering between $20 and $40 for each successful referral. But there’s only so far they can get on word-of-mouth and advertising budgets that are dwarfed by the Big Five.

There are two types of Canadian banking clients, he said. There are those who frequently shop around, chasing higher returns and have accounts with multiple institutions. The other, much larger group and its members remain devoted to one.

“There are many clients in Canada that when you ask them why they bank where they bank, they say: ‘That’s where I opened my account as a teenager,’” said Wright.

That isn’t the only roadblock. Canadians who take comfort in visiting a branch to sort out their financial affairs will not, for the most part, have that option with these institutions. Others, like the Alberta-based Bridgewater Bank, which is offering a 2.10 per cent interest rate, don’t have online portals that allow clients to check their balances or transfer funds. Either one of those actions would require a phone call.

Signing up for an LBC Digital account requires the authentication of a client’s identity through Equifax. Should there be an issue on Equifax’s side, the sign-up process may take days, or even weeks, to resolve. LBC Digital, like a few of the other institutions offering two per cent, does not have a mobile app to make it easier to access that platform.

The most pressing concern associated with these names is risk. Even in a recession, Canadians know the big banks won’t be disappearing and can trust that their funds will remain safe. They may not have that same confidence about entrusting tens of thousands of dollars to a digital bank or a credit union. Much of that is unfounded, said Laird at RateHub.

Most of these financial institutions offer automatic protection through the government-run Canada Deposit Insurance Corporation, which automatically protects funds up to $100,000. Credit unions like Cambrian in Manitoba are covered by the Deposit Guarantee Corp., which provides unlimited coverage but is not backed by government.

When funds are covered by the CDIC, Laird said, they’re just as safe at a digital bank as they are at a big bank. So to him, there are only two potential reasons why Canadians are still missing out on the higher rates.

“It’s quite clear the majority of Canadians either aren’t paying attention or don’t care enough about the difference between 0.05 and two per cent,” Laird said.