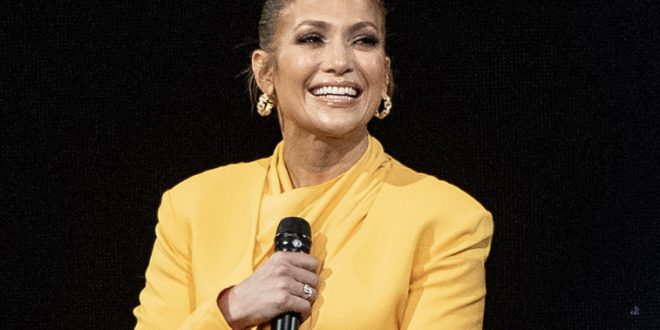 Jennifer Lopez has been experiencing many high-profile moments in her career lately. The Bronx-diva performed during the Super Bowl half-time alongside Shakira and killed it on the stage. However, there was a gloomy cloud over her head which had to do with per performance on Hustlers. Despite getting rave reviews for her acting skills as Ramona, she didn’t manage to get an Oscar nomination for her stripper role.

Since the debut of the film in movie festivals, there was buzz that Lopez would get recognized by the Academy Awards. She managed to snag several nods which included the Golden Globes and the Spirit Awards, but the Oscars snubbed her.

Lopez had been silent about her feelings at the time. It would take Oprah Winfrey for J.Lo to finally address what went through her mind after being left out from Hollywood’s biggest night.

“I was sad, I was a little sad because there was a lot of buildup to it,” Lopez told Winfrey during Oprah’s 2020 Vision Tour which was shared by The Hollywood Reporter. “There were so many articles, I got so many good notices — more than ever in my career — and there was a lot of ‘She’s going to get nominated for an Oscar, it’s going to happen, if it doesn’t you’re crazy.’ I’m reading all the articles going, ‘Oh my god, could this happen?’ And then it didn’t and I was like ‘Ouch,’ it was a little bit of a letdown. Also, I felt like my whole team — most of my team has been with me for years, 20, 25 years — and I think they had a lot of hopes on that and they wanted it too, so I felt like I let everyone down a little bit.”

Lopez was not shy about sharing she was sad for not scoring the nomination for her role on Hustlers. For the “I’m Real” hitmaker, the snub made her think of all the good things in her life. Lopez decided to see the glass half-full and examine all the positive things in her career instead of focusing on the negatives.

“I had to re-examine like ‘Why do you do this, what are you so sad about right now?” Lopez added. “You just had the most amazing year of your life  — you just had the biggest opening of a movie in your career, you just walked the runway in Milan and had a fashion moment [in her iconic Versace dress], you’re doing the Super Bowl in a couple of weeks, what is it?’”

“And you want people’s validation,” Lopez continued. “You want people to say you did a good job, and I realized, ‘No you don’t need that, you do this because you love it,” eventually realizing that “I don’t need this award right here to tell me that I am enough.”

Lopez’s thought process served as an example of how to bring oneself back up when faced with a challenge. Her talent is endless and she is successful all-around and will continue to surprise fans in the process.