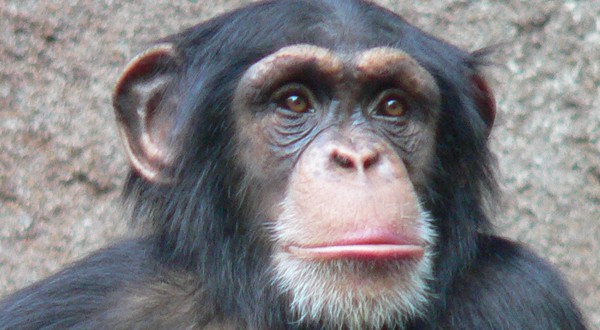 Researchers at the University of Florida say that peanuts rate high along with many fruits when it comes to their role as an antioxidant, making them a top antioxidant. They are also an excellent choice for people on a low fat high carb diet, because they contain “good” fat.

According to Prof. Steve Talcott from the university’s Department of Food Science and Human Nutrition, peanuts rate as high as strawberries in terms of antioxidant content. “We were a bit shocked to find that they’re as rich in antioxidants as many kinds of fruit,” he said.

Antioxidants are recognized as being an excellent tool in avoiding infection, disease and cell damage. They have also been hailed by many as “a miracle weapon” against cancer.

Antioxidants are man-made or natural substances that may prevent or delay some types of cell damage. NIH

The National Cancer Institute at the NIH explains that antioxidants, some of which are formed in the body naturally, others of which come from external sources including food and dietary supplements, are chemicals that have the ability to block free radicals – which are also chemicals. Free radicals form naturally in the body and have the potential to harm cells in the body. They can damage all the vital components of cells, including cell membranes, proteins and our DNA, and cause, stroke, cancer and heart disease.

Even though there has not been sufficient research to prove that antioxidants help to reduce the rush of people either developing or dying from cancer, there has been significant animal and laboratory research that show “exogenous sources” – which would include supplements and foodstuffs – have the ability to “help prevent the free radical damage associated with the development of cancer.”

The research study involved measuring the ability of about 12 different peanut types to block aging effects of naturally occurring free radicals in the human body.

While peanuts have been found to be a top antioxidant, their dietary value is not as high as berries and fruits like pomegranate. While many fruits and berries – particularly those that are red or orange – increase levels of vitamin A, C and E, peanuts are really only a source of vitamin E. In addition, the researchers found that they also contain very high concentrations of polyphenols – particularly once peanuts have been roasted. Roasting also increasing their antioxidant content by as much as 22 percent, making them on a par with strawberries and blackberries, both of which are known to be a top antioxidant.

The researchers’ report states that apples, carrots and beets are easily out-done by roasted peanuts in terms of dietary value.

According to Peanut Institute nutritionist, Kristen Ciuba, previous studies have shown that peanuts and peanut butter in the diet help to lower cholesterol, are useful as a weight-loss tool, and even help to prevent type 2 diabetes.

In 2003, Dr Joseph Mercola, an osteopathic physician who is trained in both natural and traditional medicine, and who is also a fellow of the American College of Nutrition, television personality and co-author of several books, warned of the negative effects of peanuts. He singled out the fact that peanuts were a crop that was highly contaminated by pesticides. He also said that they were often contaminated with aflatoxin, a “carcinogenic mold,” and were loaded with omega-6 fats that “distort the omega 3:6 ratio” of good omega 3 fats.

Of course some people are allergic to peanuts as well, an issue he has discussed on his website more recently.

Like all foodstuffs, it seems that the best advice is to stick to organically grown food and if you are buying off the shelf, always check the label. For instance, avoid peanut butter that contains sugar and transfats. Millions of monkeys can’t be wrong!

Penny Swift is an experienced journalist who has worked on daily and Sunday newspapers in several parts of the world. Her specialties include news, investigative writing, consumer, health, and medical spheres. She has written more than 40 non-fiction books mostly about construction and home-related topics, as well as decorating and landscaping.
Previous Exercise and Consumption of Fruit & Veg up, but so Is Obesity
Next The Nigerian Synagogue Church of All Nations has Collapsed Before – VIDEO