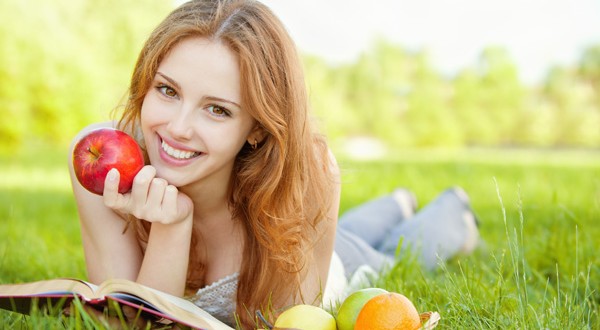 Exercise and Consumption of Fruit & Veg up, but so Is Obesity

Research shows that people are eating much more fruit and vegetables, but that the worldwide obesity epidemic continues to worsen. So that puts the theory that we need to eat more fruit and veg in the can… or does it? Maybe not. Rather it seems that while people have cottoned on to the need to up their consumption of fruit and veg, they have been increasing their intake of other types of food as well.

In a study published by the Rand Corporation late May 2014, researchers reported that the “obesity epidemic” in the US is affecting all Americans irrespective of ethnic group and education. Even though more people have been eating fruit and vegetables and exercising more, “all Americans have been getting fatter at about the same rate for the past 25 years.” In fact, the study says, the calories consumed by Americans has increased by 20 percent during this period.

The study was headed by Roland Sturm, a senior economist at Rand, a non-profit research organization that develops solutions for public policy challenges in an endeavor to make communities in all parts of the world “safer and more secure, healthier and more prosperous.” It was published by CA, an online cancer journal for clinicians.

According to Sturm there are three primary reasons for increasing obesity:

“It’s not just that we may be eating more high-calorie food, but we are eating more of all types of food.” Roland Sturm

Over the years – and decades – there have been many factors blamed for causing obesity, from fast food and suburban sprawl to poverty and, ironically also affluence. A shortage of healthy food in the diet as well as a general lack of exercise have also been blamed.

Recognizing that obesity is an epidemic in the USA, with more than 60 percent of the adult population and one in three children obese or at least overweight, an organization called fruit & veggies more matters® launched a “one more a day” pledge campaign to eat more vegetables, telling people to “fill half your plate with fruits & veggies.”

Their focus was teaching people that obese children are a lot more likely to be obese when they reach adulthood, along with all the associated life-threatening consequences. Their call was for all Americans to eat good, tasty, healthy and affordable food.

“Fruits and vegetables not only provide valuable nutrients to fight disease, but they’re critical in the fight against obesity.”

Maybe it worked to some extent, but overall it seems that it didn’t.

According to Sturm, Americans now eat something like 30 lbs more veggies and 25 lbs more fruit every year than they did in 1970. But the calorie count consumed over the same period of time has gone from 2,100 to 2,500, and by all accounts it continues to climb. This, he says, is probably because food is now so cheap in America in relation to disposable income. The assessment is that in the 1930s one-quarter of money available (disposable income) was spent on food; in the 1950s this dropped to one-fifth. Today the figure is said to be one a tenth – yet it buys a whole lot more.

The conundrum is juggling the different elements such as quality, convenience, time required for preparation, and ultimately what the researchers call “the ubiquitous availability of food.”

More scary is that the researchers report that “effective economic policies” used to try and curb obesity are not effective (or rather that they “remain elusive”.)

So what is the answer?

One suggestion is that governments should tax food that has a low nutritional value – like junk food and so-called “soft,” often fizzy drinks. While this may force more people to eat a more healthy diet, neither popular nor political support is high for this approach. In 2011 Denmark tried something like this, imposing a tax on food high in unhealthy saturated fats. It lasted only a year.

More than a decade ago, in 2003, a study published in the International Journal of Obesity was published that aimed to asses whether a diet rich in fruit and veg was linked to a “change in body mass index (BMI).”

The study involved nearly 15,000 boys and girls and was conducted between 1996 and 1999. Researchers then followed the participants for another three years. Ultimately it found that while it might be a good idea for people to eat fruit and vegetables, this recommendation could not be “based on a beneficial effect on weight regulation.”

Acknowledging that a diet rich in vegetable and fruit is generally associated with a decrease in the risk of chronic disease, researchers admitted that the association between weight gain and consumption of fruit and veggies was not “well understood.” In spite of this, both the National Cancer Institute and the National Institute of Health (NIH) – as recently as 2010 – recommended that people should stick to a diet that was high in fruit and veg. Further, a large number of interventions aimed at preventing obesity have followed the same approach, in the hope that they would replace what are often described as “energy-desnse” foods.

When the obesity study began in 1996, boys tended to be more overweight than girls, even though both sexes consumed similar quantities of fruit and vegetables. Generally all those involved in the study ate less than two daily servings, and about half of this was in the form of a juice. Overall, more fruit than veg was eaten.  At the time, the public health recommendation was that adolescents should be eating at least five fruit and veg servings every day.

Researchers found that the supposed “benefit of vegetables” was not significant once the total number of calories was included in the model they were working on. This indicated that the importance of a diet high in vegetables was the fact that there were less calories – rather than the vegetables themselves being beneficial. They also found that a diet high in rich fruits might lead to weight gain rather than weight loss. They were even concerned that if you children drank a lot of fruit juice they might become obese.

“There are numerous benefits to consuming a diet rich in fruits and vegetables, but it is not entirely clear why this type of diet would prevent obesity or excessive weight gain. “

One possible explanation was that the very substitution of fruit and veg for foods that were high (or dense) in calories was what was effective. By the same token, not all fruit and vegetable dishes were necessarily not calorie dense: a vegetarian burrito, for example would contain things like cheese, sour cream, refried beans and tortilla, all of which have a high caloric value, as well as a high fat content.

A property of foods that contain carbohydrates, the glycemic index (GI) describes a general increase in blood glucose after one has eaten. Generally it is refined foods and things like grains and potatoes that are absorbed and digested quickly that have a high GI. Taken a step further, foods with a high GI will quickly elevate insulin and blood glucose levels. This leads to cycles of hypoglycemia (a diminished glucose content in the blood caused by low blood sugar) and hyperphagia (which causes a compulsive and obsessive behavior to food often leading to gorging). A relative hyperinsulinemia (a condition that produces excessive insulin levels) would also promote excess fat storage of fat.

The researchers, however, did not find evidence of vegetables (either with or without potato products) having the effect of promoting a gain in weight relative to a gain in height.

They found at the end of the day that randomized trials were needed to properly assess whether it would be possible to “convince children and adolescents to replace unhealthy snack foods with fruits and vegetables and whether such a change would have a beneficial impact on weight change.”

Another recent research study, published in The Lancet less than a week ago, has found that there is an urgent need for global leadership to help countries all over the world fight ever-increasing obesity problems. The trial, funded by the Bill & Melinda Gates Foundation found that obesity is “a major public health challenge in many middle-income countries,” and an increasing health risk in both developed and developing countries. Countries highlighted included Pacific Island and Caribbean nations, as well as Central America and the Middle East, all of which were found to have extremely high rates of obesity.

While many deaths related to obesity and being generally overweight are cardiovascular in nature, cancer, osteoarthritis, chronic kidney disease, and diabetes were also named.

The bottom line is that the prevalence of obesity (and being overweight) rose by more than 47 percent for children and close to 28 percent for adults (and more or less the same for both men and women) from 1980 to 2013. During this period of time, the number of overweight and obese people was found to have increased from an already startling 857 million to 2.1 billion.

Penny Swift is an experienced journalist who has worked on daily and Sunday newspapers in several parts of the world. Her specialties include news, investigative writing, consumer, health, and medical spheres. She has written more than 40 non-fiction books mostly about construction and home-related topics, as well as decorating and landscaping.
Previous The Real Meal Revolution [Video]
Next Monkey Business: Peanuts Rate as a Top Antioxidant