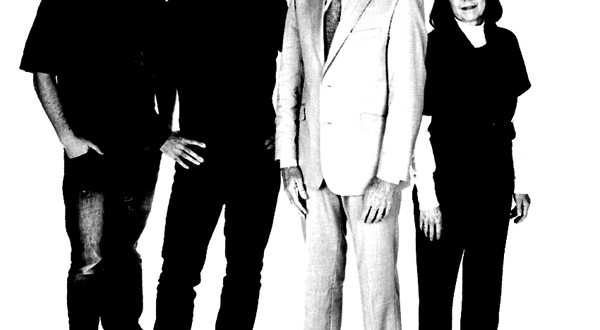 Eating a low-fat diet that is high in carbohydrates will not prevent you from having a heart attack. In fact you are less likely to suffer from heart disease if you eat lots of fat – provided it is the right type of fat.

This is the gospel of a team of South Africans headed by sometimes controversial Professor of Exercise and Sports Science at the University of Cape Town, Tim Noakes, who until relatively recently promoted a diet high in carbohydrates, especially for athletes. Now Noakes has done a total turnaround and is sharing his new approach with as many people as possible. His tool (so to speak) is a new cookbook called The Real Meal Revolution (Quivertree Publications).

In an interview (which you can listen to in the video below) he says that their intention is to “change the world, one meal at a time.”

It isn’t just Noakes who has changed his opinions; so too has the Harvard School of Public Health. While 30 years ago they were, as Noakes points out, “absolutely committed to the high carbohydrate diet,” the School now points out that fat in our diet isn’t the cause of heart disease.

“It’s time to end the low-fat myth. That’s because the percentage of calories from fat that you eat, whether high or low, isn’t really linked with disease. What really matters is the type of fat you eat.”  Harvard School of Public Health

At the time (30 years ago), Harvard maintained that eating a high-carbohydrate diet would reduce heart disease by something like 50 percent.

“That hasn’t happened because it was all wrong,” says Noakes. Rather than cholesterol causing heart disease, he says it is a “sub-fraction of cholesterol,” a small particle known as LDL (bad cholesterol) that is the horrendously toxic agent that does real damage to the heart.

If you are carbohydrate intolerant, eating carbs will result in you getting fat (or overweight), your blood pressure will go up, and your glucose control will deteriorate.

“We are not saying that cholesterol is completely unimportant,” says Noakes, “it is important, but in a way that is completely misunderstood. It is not the fat that gives you the cholesterol, it’s the high carbohydrate diet if you’re insulin resistant. And that’s the key. We have to individualize it and understand that a high-fat diet is the treatment of choice for people who are carbhydrate intolerant.”

Why We Need to Eat “Real Meals”

Prof. Noakes explains why it is so important to eat “real” food, putting a lot of the blame on the U.S. Department of Agriculture which, in 1977 made a unanimous decision that people should “eat less fat and eat more fruit, vegetables and grains.” It was, he maintains, because of this that both diabetes and obesity has “gone rampant around the world.”

The problem is that they told people to remove fat from the diet without recognizing what the consequences would be. Further, if you remove fat from a diet, you need to add carbohydrates. This is absolutely fine, he explains, unless you – like he – is carbohydrate intolerant.

A well established marathon and ultra-marathon runner (having run more than 70), Noakes found himself getting heavier with age and finding it more and more difficult to control his weight. He was “always hungry” and was struggling to maintain his physical activity. The threats he identified were obesity and diabetes.

It’s fine, he says, if you are not insulin resistant or carbohydrate intolerant. So how do you find out?

Chances are, he says that you will become progressively heavier, and you will always be hungry and craving carbohydrates. You might have a big breakfast (said by many to be the most important meal of the day), but three hours later you are hungry again. You can test your blood too. But perhaps the most important thing to look out for is glycated hemoglobin (GH), he says. This will tell you whether or not you are diabetic, or fringing on becoming diabetic. If you’re healthy the GH will be 5; if you are diabetic it will be 6.5; the higher your GH reading is above 5.5 the more urgently you need to start restricting your carbohydrate intake.

Another key factor, says Noakes, is when you cannot control your weight and have “a bit of a tummy.” What this often means is that the body is secreting too much insulin because you are quite simply eating too much carbohydrate. But if you reduce the carbohydrates in your diet, “the flab will just disappear.”

“It is real. Obesity is caused by the hormone insulin, and insulin packs on the fat. Insulin is driven by carbohydrates in the diet, and the more carbohydrate intolerant or insulin resistant you are, the more insulin you secrete when you eat carbohydrates … and as a consequence, the fatter you get.” Professor Tim Noakes

Even though chef Jonno Proudfoot (responsible for the recipes in the new book) is not carbohydrate intolerant or diabetic, he says he always feels sluggish and tired a day after eating carbohydrates. Ironman triathlete and marathon swimmer, he says that he realized that when he removed carbohydrate from his diet completely, his endurance immediately improved. “You just need fat and water and you’ll be fine!”

But, and this is a huge but … it is vital to know which fat should be avoided. While olive oil and coconut oil are healthy, all the other seed oils are “terrible for your health.” This, both he and Noakes agree include:

The Truth About Saturated Fats

Noakes explains that when the U.S. Department of Agriculture established its 1977 guidelines, they focused on the “fact” that saturated fats were unhealthy. But this, he says, is nonsense – and all you need do is look at various European populations to see why. For example, the French and Swiss have “almost no heart disease,” even though they have a very high evidence of saturated fat intake.

The real problem is that consumption of “partially hydrogenated oils” has increased over the past three-plus decades. Prior to 1977 (and probably for a while thereafter) people were consuming lots on Omega-3 oil – from fish and other sources. They were also consuming very little Omega-6 oil – which is now known to be “very toxic for the body.” This has changed radically, says Noakes, pointing out that most of us cook using sunflower oil and we eat food from animals that are not “pasturated” – meaning they are raised on feed lots rather than on pastures. The same applies to eggs from chickens that are fed on corn (which we all know is primarily genetically modified.)

He warns that if you are consuming a lot of Omega-6 oil in your diet, you’re consuming toxic food that is linked to heart disease and cancer. “But no-one will tell you this.” Further, these Omega-6 oils are “full of artificial plastic margarines which you don’t want to eat because they’ve got the wrong types of fat in them.”

Adding to this comment, Proudfoot says that good fats are:

The chilling reality though, according to Noakes, is that the food industry is running what we eat. For example, the first study that shows the long-term effects of genetically modified (GMO) foods in rats – proving that they cause cancer – has just been removed from scientific literature. “That’s how powerful the industry is.”

It is “clearly obvious” that we are much less healthy today than we were in 1977, says Noakes. And why? Simply, he says, because we aren’t “eating real foods any more. That’s the difference and that is the cause of our ill health. So that’s what the book is trying to say: eat real foods and you’ll be healthy.”

Let’s hope it really is that simple!

Penny Swift is an experienced journalist who has worked on daily and Sunday newspapers in several parts of the world. Her specialties include news, investigative writing, consumer, health, and medical spheres. She has written more than 40 non-fiction books mostly about construction and home-related topics, as well as decorating and landscaping.
Previous Drink Tea to Lose Weight – 6 Options
Next Exercise and Consumption of Fruit & Veg up, but so Is Obesity