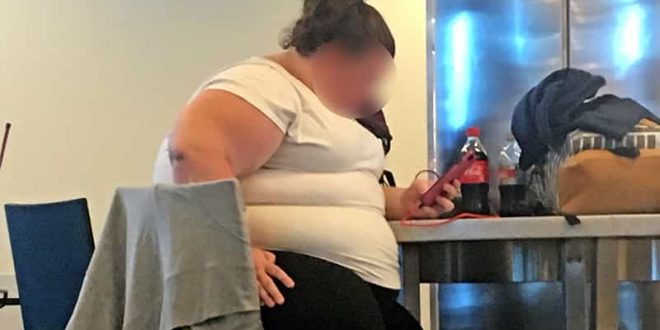 Picture: Janek Szymanowski - taken at an international US airport

More than half of the women in the United States are attempting to lose weight according to a study published by the National Health and Nutrition Examination Survey (NHANES) yesterday. A slightly lower percentage of men are trying to shed unwanted kilos, with a total percentage of 49.1 percent of men and women on diet and/or exercising in an endeavor to lose weight.

The study definition of “tried to lose weight” was based on two questions:

Study: Attempts to Lose Weight Among Adults in the United States

The study published on the US Centers for Disease Control and Prevention (CDC) website is based on data that was collected in the NHANES survey between 2013 and 2016. This most recent report presents some interesting statistics relating to an attempt to lose weight during 2016.

With the current trend for paleo, keto, and general high fat low carb diets, it is interesting that 35.3 percent had switched to foods with lower calories, 30.4 percent were eating fewer carbs, and 29.2 percent were consciously eating less fat.

The report states that men and women have variable motivations for attempting to shed unwanted kilos including appearance and health reasons and that percentages increased in relation to certain weight status categories and family income. This was relevant to both men and women on diet.

Obesity in the USA

Most people are aware that obesity is associated with serious health risks, but in spite of this, a huge number of American adults are grossly overweight. Furthermore, studies indicate that the current prevalence of obesity in the USA is higher than the Healthy People 2020 goals of 30.5 percent of adults and 14.5 percent of young people.

Another NHANES study, Prevalence of Obesity Among Adults and Youth: United States, 2015-2016 shows that during this period of time 39.8 percent of US adults and 18.5 percent of those under the age of 20 were obese. Overall, middle-aged adults had a greater prevalence of obesity than younger adults:

Generally, children aged two to five years were slimmer, with only 13.9 percent showing a prevalence of obesity, increasing to 18.4 percent for six to 11-year-olds, and 20.6 percent for adolescents aged 12 to 19.

The survey also considered sex, race, and Hispanic origin, finding that the overall prevalence of obesity was higher among both Hispanic and non-Hispanic black adults than non-Hispanic Asian and white adults. This pattern was also observed among the younger age groups.

The report, published in October 2017, defined obesity in adults as a BMI no more than 30. In “youth” it was defined as “a BMI of greater than or equal to the age- and sex-specific 95th percentile of the 2000 CDC growth charts. BMI was calculated as weight in kilograms divided by height in meters squared and rounded to one decimal place.

You can calculate your BMI with the US NIH National Heart, Lung, and Blood Institute calculator. This is a really useful tool for both men and women on diet.

Penny Swift is an experienced journalist who has worked on daily and Sunday newspapers in several parts of the world. Her specialties include news, investigative writing, consumer, health, and medical spheres. She has written more than 40 non-fiction books mostly about construction and home-related topics, as well as decorating and landscaping.
Previous End of an Era in International Sport as Four of the Greatest Sign Off
Next South African Roots Still Run Deep in Federer and Anderson