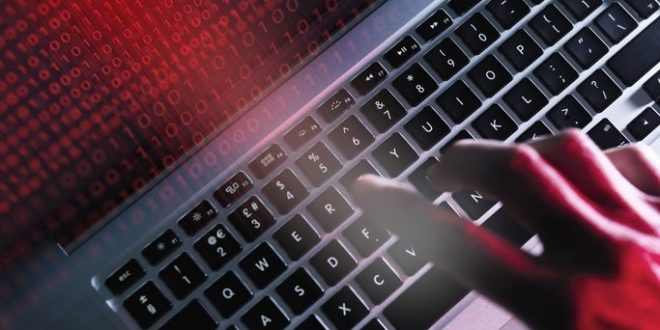 Fundraising in the time of Covid-19 has gone global, is peer reviewed more than ever and is now mostly online, writes Marius Maré.

Pick any human activity, from commuting to sports, and you’ll be able to find articles on how Covid-19 has fundamentally changed it.

How long many of these changes will last is an open question – but in the non-profit world, the lessons we are learning now have been a long time coming, and I’m convinced they will continue. The pandemic has not caused next-generation fundraising, as we call it, it has merely sped it up – and as a result fundraising is now more global, more peer-to-peer than ever (one-to-one, one-to-many and many-to-many), and more of it is online than at any time before.

How did the pandemic affect charities?

As countries around the world first started to go into lockdown, charities feared that donations could stop – and that many of them would no longer be able to deliver their vital services.

But while mass public events (commonly used for fundraising) have been cancelled and non-profit services have become harder to deliver, people around the world have rallied to support the charities they care about in other ways. Take the Kylemore Charity Foundation, which hosts fundraisers on the GivenGain platform to financially support its ongoing initiatives. One of its events had to be cancelled due to lockdown – but by then it had already paid its suppliers. This led to huge financial losses for the organisation, but thanks to an online fundraiser it was able to make up those losses in very short order.

You could chalk this outpouring of support up to any number of factors – desire to make a difference amid a global crisis, more disposable income as shops and activities closed, or even just more time on our hands – but no matter what the cause, the global response has been inspiring.  While surveys show that global charity income is still below where it was pre-pandemic, online giving has handed charities a much-needed lifeline and given them a chance to turn things around.

More online than ever

Online giving is nothing new. People have been donating to charities using online donation platforms for a couple of decades now: JustGiving was founded in 2000, GivenGain in 2001 and GoFundMe in 2010.

Innovation is moreover ongoing, as demonstrated by fundraising events like those held by virtual cycling platform Zwift. Still, event fundraising has tended to be focused around big real-world events – like the Cape Town Marathon, which last year raised almost R1 million on GivenGain alone.

For a perfect example of such events, look at the musicians putting their talents to work helping the Solidarity Response Fund, a non-profit organisation fighting Covid-19 in South Africa. Since quarantine began, South African electronic band GoodLuck have been hosting “The Luck Down”, a regular livestream on Facebook Live, YouTube and Twitch. As well as music and interviews with special guests, the band has also been sharing an online fundraising project with their legions of followers. Singer-songwriter Matthew Mole has also pitched in to help the charity, hosting his virtual “Honey, I’m Home Tour” from his own living room.

The new model isn’t just delivering fun experiences – it is also proving very effective in delivering vital extra funds to charities. According to organisers of the global GivingTuesday initiative, the most recent GivingTuesday event in December 2019 raised $511 million in online donations. As the Covid-19 pandemic spread around the world, the people behind the event then organised #GivingTuesdayNow at short notice in May as a global emergency response. The hastily-arranged day of online giving lacked the same level of awareness as GivingTuesday and faced the heightened economic uncertainty of Covid-19 – and yet it raised at least $503 million.

Next-generation fundraising has important advantages over previous online models. It is more responsive, for one – virtual events like GivingTuesdayNow can be organised much more quickly than real-world fundraisers and aren’t weighed down by the associated costs for venues, security and so on. It can attract a global audience – stats from GivenGain show that during the Covid-19 pandemic, around 40% of donations to South African charities came from outside the country. Money goes straight from the donor to the charity, making it more secure than traditional fundraising. It is also more inclusive – anyone can start an online fundraising campaign or donate to one, whereas real-world events are limited by travelling distances and ticket prices.

What does the future hold?

But the thing that will really cement all-virtual fundraising is the changing priorities of fundraisers themselves.

The Deloitte Global Millennial Survey 2019 notes that “millennials value experiences” and “aspire to help their communities more than starting families or having their own business”. According to another Deloitte survey, 42% of millennials have “begun or deepened a business relationship because the company had a positive impact on society”. As a result, event organisers have begun to emphasise the experience over personal performance issues.

As charities are now discovering, online events can be just as meaningful and connected as offline ones. And for an environmentally conscious group like Gen Z, not having to fly halfway around the world to take part in a marathon might feel like a very necessary sacrifice.

Virtual events won’t replace real-world events entirely – charity organisers will breathe a sigh of relief once mass participation events resume. But the past few months have showed the sector that other fundraising models are also possible.

* Marius Maré is the president of online fundraising platform GivenGain

** Want to respond to the columnist? Send your letter or article to voices@news24.com with your name, profile picture, contact details and location. We encourage a diversity of voices and views in our readers’ submissions and reserve the right not to publish any and all submissions received.

Disclaimer: News24 encourages freedom of speech and the expression of diverse views. The views of columnists published on News24 are therefore their own and do not necessarily represent the views of News24.

Previous Horseshoe crab blood is key to making a COVID-19 vaccine—but the ecosystem may suffer.
Next Pubs reopen in England as Covid-19 restrictions lift