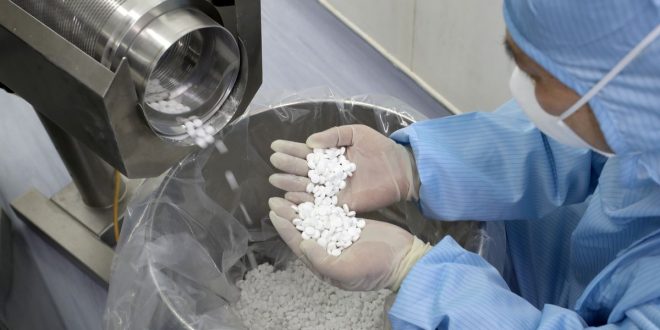 Three months into the novel coronavirus pandemic, it’s still unclear which drugs could combat the viral disease and which won’t — despite public figures like President Donald Trump extolling the unproven promise of some medications. With public health on the line, the scientific community is searching for answers faster than ever.

When the novel coronavirus tore through China in January and February, researchers and doctors quickly launched dozens of clinical trials to test existing medications against COVID-19, the disease caused by the novel coronavirus. But the research done so far in China hasn’t generated enough data for conclusive answers.

“We commend the researchers around the world who have come together to systemically evaluate experimental therapeutics,” said Tedros Adhanom, director-general of the World Health Organization (WHO), in a press briefing. “Multiple small trials with different methodologies may not give us the clear, strong evidence we need about which treatments help to save lives.”

In their fight for “clear, strong evidence,” the WHO is launching a multicountry clinical trial to test four drug regimens as COIVD-19 therapies: an experimental antiviral drug called remdesivir, the antimalarial drug chloroquine (or the related hydroxychloroquine), a combination of two HIV drugs, and those same two HIV drugs along with the anti-inflammatory interferon beta.

The trial will be flexible and could add or drop additional treatment approaches or locations over time. In that way, it appears to be similar to the adaptive trial that the National Institute of Allergy and Infectious Diseases started in the US in February, which initially set out to test remdesivir but could expand to other drugs. The US is not currently involved in the WHO trial.

Hundreds of other clinical trials are underway, and other groups also continue to test the medications that the WHO selected — here’s a breakdown of some of the drugs that researchers are zeroing in on.

Studies found that hydroxychloroquine and the related chloroquine can stop the novel coronavirus from infecting in cells in the lab, and anecdotal evidence suggests that it may help patients with COVID-19. Because the drug has been around for decades as an antimalarial treatment, scientists have experience with it.

“It’s a known medicine,” says Caleb Skipper, an infectious disease postdoctoral fellow at the University of Minnesota who’s working on a smaller trial of the drug. “Little blips of lab data over the last several years show this drug has activity against viruses.”

Skipper’s trial is looking to see if hydroxychloroquine can prevent people who are exposed to the virus from developing severe disease. They’re hoping to recruit health care workers, who are at a high risk of exposure to the virus, to participate in the trial.

#COVID19 Post-exposure prophylaxis trial with hydroxychloroquine has enrolled 45 subjects from 19 states. If you know of a healthcare worker or household contact exposed in the past <=3 days, have them email covid19@umn.edu for instructions.

The goal, Skipper says, is to get the drug in people’s systems early. “Particularly with viruses, the earlier you inhibit their ability to replicate the better off you’re going to be. If a drug is going to work, it is more likely to work early on in disease,” he says. “If you catch someone really early and provide treatment early virus will have replicated a lot less.”

The existing evidence on hydroxychloroquine points in the right direction, Skipper says, but all of the research on the drug is still in very early stages. “It’s a long ways from being proven effective,” he says.

Despite the limited evidence available, public figures, including Elon Musk and Trump, are pushing the message that hydroxychloroquine and chloroquine are the solutions to the outbreaks. “I feel good about it. That’s all it is, just a feeling, you know, smart guy. I feel good about it,” Trump said in a press conference on Friday.

As a result of the hype, demand for the drug has spiked, and manufacturers are increasing production. In Nigeria, two people overdosed on the medication after Trump said it could cure COVID-19. People who take it for other conditions, like lupus, are struggling to access their usual supply.

To be very clear, there is still no conclusive evidence that chloroquine will treat COVID-19. And treatments that appear promising based on anecdotal reports or “feelings” often don’t end up working, which scientists know well: the majority of clinical trials fail, and they’re seeing that reinforced in coronavirus treatment efforts.

In February, doctors in Thailand said they saw their COVID-19 patients improve on the combination of two HIV drugs, lopinavir–ritonavir. The WHO is testing the drug combination in their trial, along with anti-inflammatory interferon beta, which the body produces naturally to ward off viruses. The drug combination was used in patients during the SARS and MERS outbreaks, and it appeared to help.

But a clinical trial of those two drugs in China just found that patients with COVID-19 who were given the drugs did not improve more quickly than patients who didn’t receive it.

The study, which was published this week, focused on a group of 199 severely ill patients, which may be why the drug wasn’t effective — the patients were already too sick. But Timothy Sheahan, a coronavirus expert and assistant professor at the University of North Carolina Gillings School of Global Public Health, says he wasn’t surprised the drug didn’t work. “We’ve done work on that particular drug cocktail,” he says. “The fact it failed is totally in step with everything we’ve done in the past.”

The antiviral drug remdesivir was first developed to treat Ebola, but research later showed that it could also block MERS and SARS in cells. Lab tests have shown that it can inhibit the novel coronavirus in cells as well.

There’s also anecdotal evidence that remdesivir helps treat COVID-19 patients, but that’s also no guarantee that a clinical trial will show that it works better than a placebo. That’s why the data collected on the drug through the WHO trial, the US adaptive trial, and the other studies is so important: before giving it to sick people en mass, doctors have to be sure that it actually works.

Though not a part of the WHO trial, Chinese officials also reported that the Japanese anti-flu drug favipiravir, which it tested in clinical trials, was effective in treating COVID-19 patients. Japan is studying the drug more closely, though data from those trials on the drug has not yet been published. Based on the drug’s antiviral activity in cells, Sheahan says he’d be surprised if this drug ultimately ended up being effective. It doesn’t work against MERS in cells, he says, and MERS is similar to the novel coronavirus.

In addition, some pharmaceutical companies are looking to repurpose anti-inflammatory drugs to try to calm lung inflammation in people with severe cases of COIVD-19; others are identifying the protective antibodies that people develop after they’re infected with the virus in an effort to manufacture a treatment.

Clinical trials take time to collect data properly, so there likely won’t be concrete evidence until next month or later. Patients are already receiving these drugs through compassionate use programs, which allows doctors to order experimental medications in certain cases, and under off-label use, where doctors prescribe drugs outside of what they’re approved for. But ensuring the clinical trial process takes place alongside that, before jumping to conclusions about the best course of action, ensures patients can be treated based on evidence.

The sheer number of trials going on around the world for each particular treatment approach will give researchers more data to work with and data from different groups of people. “The more populations you can show a particular intervention works or does not work for, the more valuable that is,” Skipper says. “The bigger amount of data available, the better.”

Previous India’s 8th COVID-19 Death In Bengal, Man Had No Travel History: Sources
Next Coronavirus test backlog: How did it emerge and can it be controlled?