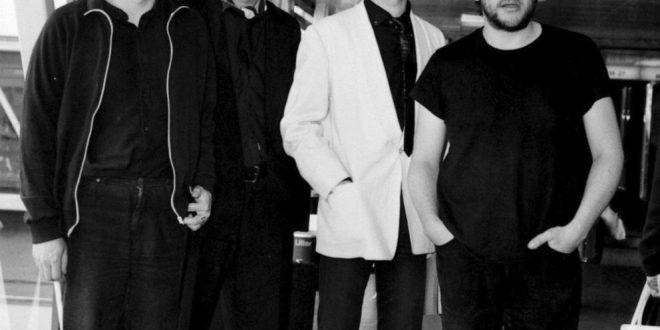 LONDON —
Dave Greenfield, the keyboard player with British punk band The Stranglers and who penned the music to their biggest hit, Golden Brown, has died after testing positive for coronavirus. He was 71.

The band’s official website announced that Greenfield died on Sunday after contracting the virus following a stay in a hospital for heart problems.

Bass player Jean-Jacques “JJ” Burnel paid tribute to Greenfield as a “musical genius,” who had “passed away as one of the victims of the Great Pandemic of 2020.”

Hugh Cornwall, the band’s former lead singer, said on Twitter that Greenfield’s “musical skill and gentle nature gave an interesting twist to the band” and that he “should be remembered as the man who gave the world the music of Golden Brown.”

Greenfield was known for his distinctive sound and playing style, using instruments such as the harpsichord and Hammond electric organ.

He joined the band in 1975, which subsequently became one of the most innovative during Britain’s punk explosion in the late 1970s. It had recently postponed a farewell tour from this summer because of the pandemic.

Greenfield is survived by his wife Pam.

Previous When it comes to coronavirus testing, not all tests are created equal
Next Boom in new local radio shows to help lift Covid gloom