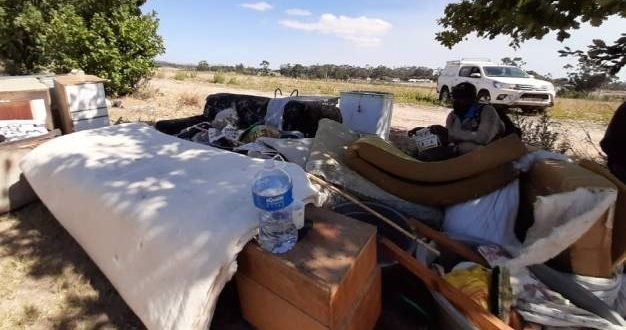 The Socio-Economic Rights Institute of South Africa (SERI) says the violent, callous and unlawful demolition of people’s homes continue to frustrate the country’s objective to curb the spread of Covid-19.

SERI has called on the Minister of Human Settlements, Water and Sanitation Lindiwe Sisulu to issue a directive to stop the demolition of homes by all municipalities.

“A home is the first line of defence against infection, it is essential to enabling people to protect themselves from contracting Covid-19,” it said.

In a statement issued this week, Sisulu said she was appalled by the victimisation and abuse of residents of Empolweni in Khayelitsha by the metro police, led by city councillors, News24 reported.

“The barbaric eviction of a resident, humiliated as he fought for his basic right to shelter, is unconscionable,” said Sisulu.

She said when the City first attempted to evict residents, she intervened and supported the residents’ court process challenging their eviction.

Upon their court victory, the City was instructed to return all confiscated materials to residents.

Residents were also given legal authority to remain in Empolweni, she said.

The minister has instructed the Housing Development Agency to start the process of building permanent structures for the 49 families who were given legal authority by the court to remain in Empolweni.

READ | Is it legal to evict anyone during lockdown? No, say legal experts

However, SERI said while it welcomes Sisulu’s intentions to challenge the City of Cape Town in court for illegal evictions and provide permanent housing for 49 families currently in Empolweni, her efforts fail to “fully acknowledge the widespread nature of evictions and demolitions of poor and vulnerable households across the country during the Covid-19 lockdown”.

It said the attacks have been ordered and carried out despite a moratorium on evictions during Covid-19 alert levels 5, 4 and 3.

“These are gross violations and warrant the minister’s urgent intervention,” it said.

“The blatant disregard of people’s right to housing and dignity portrayed by the City of Cape Town is unfortunately shared by various municipalities across the country.

“SERI has been concerned by the prevalence of evictions instituted by the City of eThekwini, Johannesburg and Ekurhuleni respectively.”

It said since the beginning of the lockdown, the City of eThekwini, along with its contracted security agency, Calvin Family Security Services have demolished homes in Azania, Mathambo, eKhenana and Ekuphumeleleni.

This, collectively affected more than 400 people including two people who were shot with live ammunition, and three who were injured with teargas canisters, it said.

It added, in Johannesburg, at least 20 families were displaced in April after the Red Ants demolished over 80 shacks in the Kokotela Informal Settlement in Lawley.

“These are only a few of the evictions and demolitions that have been carried out by municipalities, who consistently claim that they are demolishing incomplete or unoccupied structures, despite evidence to the contrary.

“Various social justice organisations, including SERI, have made submissions to the National [Coronavirus] Command Council and the minister, calling for the nation-wide moratorium on evictions to include a directive under the Disaster Management Act, stating that for the duration of the National State of Disaster, no-one may demolish any structure which has been or is being constructed for the purposes of residential occupation on any land or in any building, without an order of the court.

“The minister’s approach cannot be limited to any specific incident but should adopt a more proactive and programmatic stance.”

It said this would be critical as the country’s infection rate continues to rise.

Previous Covid-19: five further deaths, 15 new cases diagnosed
Next The coronavirus pandemic could spell disaster for our rainforests — and the communities that protect them